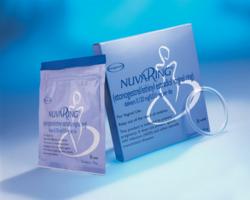 The Judicial Panel on MultiDistrict Litigation has reported in its 2012 Statistical Analysis that 1,028 NuvaRing lawsuit cases were transferred to a Federal Multi-District Litigation court in Eastern Missouri under Judge Rodney Sippel*. The formal case is known as In re: NuvaRing Products Liability Litigation, No. 08-md-1964, JPML, Eastern District Missouri.

According to Legal Examiner on October 11, 2012, U.S. Federal District Judge Rodney W. Sippel announced on August 23rd that NuvaRing lawsuit trials would begin on May 6, 2013. This will set a precedent for other cases and settlements for future victims.

The news comes as experts have linked vaginal rings like NuvaRing to increased risks of blood clots. So far, the FDA has received more than 1,000 reports of blood clot injury or death in patients using NuvaRing, according to an article in CBS News San Diego on September 21, 2012.

Last October, the FDA issued a report titled, "Combined Hormonal Contraceptives (CHCs) and the Risk of Cardiovascular Disease Endpoints", which showed vaginal ring contraceptives could increase the risks of blood clots by as much as 56%.

For more information on research, side effects and the NuvaRing litigation related to the devices, or to speak with a lawyer, visit http://www.NuvaRing-Lawsuits.net.