Joseph A. Ginarte of Ginarte O’Dwyer Gonzalez Gallardo & Winograd, LLP, says construction site safety rules must be followed if they are to prevent workplace accidents from happening. 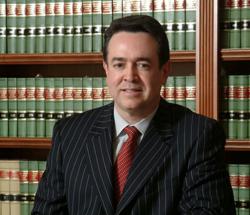 Safety rules and regulations can prevent workplace accidents and save lives only if they are followed. Everyone in the construction industry needs to take this to heart.

“Safety rules and regulations can prevent workplace accidents and save lives only if they are followed,” he continued. “Everyone in the construction industry needs to take this to heart.”

A 29-year-old worker died June 21 when a six-foot-deep trench collapsed and buried him at a construction site on Staten Island, according to a report in the New York Times.

Ryan FitzGibbon, a spokeswoman for the Buildings Department, told the New York Times that a preliminary investigation indicated the lack of required wood bracing in the trench appeared to have led to the collapse. She said the department planned to issue five violations against the company responsible for work at the site.

Ginarte, whose firm is one of the largest firms handling construction accident cases in the NY / NJ metro area, said Occupational Safety and Health Administration (OSHA) data indicates that excavation and trench work are among the most dangerous types of construction activities.

“There’s no excuse for not taking the appropriate steps to keep construction workers as safe from work-related injuries as is possible.”

Ginarte said he expects that authorities will perform a thorough investigation into the cause of the Staten Island construction site accident and determine whether applicable safety rules were followed.

“Our hearts go out to this man’s family as they deal with this terrible loss,” he said. “They deserve no less than a thorough accounting of exactly what occurred.”