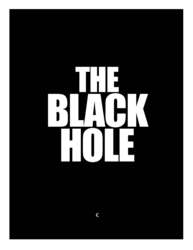 THE BLACK HOLE, LLC, a company created and owned by a group of the Oakland Raiders most extreme and intense NFL football fans, has signed a deal with GameChanger Products, LLC, a leading national marketing agency, to develop and launch the world's first line of fan-developed NFL merchandise and a worldwide fan community for passionate devotees of the NFL's Oakland Raiders. This community, unique in the world of sports, will enable the Oakland Raiders' national and international fan base to connect like never before.

THE BLACK HOLE is an officially registered trademark of the Oakland Raiders and the NFL that has been exclusively licensed to THE BLACK HOLE, LLC, a company formed in 2001 by Oakland Raiders fans. THE BLACK HOLE fan club was started in 1995, the year the Raiders returned to Oakland, by a core group of intensely enthusiastic Raiders fans. Since then, THE BLACK HOLE has earned a reputation throughout the sporting world as "Football's Most Notorious Fans," a passionate, loyal fan group who follow their team religiously and include some of the most colorful and recognized costumed fans in the world, including fans donning spiked shoulder pads, chains and skeleton masks.

"THE BLACK HOLE is the first of its kind - a true game-changing idea," said Larry Popelka, CEO of GameChanger. "It's the first NFL Trademark created by the fans, for the fans and about the fans. And they are perhaps the most extreme fans in all of sports."

Membership in THE BLACK HOLE fan community will include a variety of benefits, including a special member website with information, unique fan events and social network features designed specifically for this group of intense Raiders loyalists. In addition to these internet and community features, the site will also feature an online store that will allow fans to purchase specially designed merchandise featuring THE BLACK HOLE logo and designs that express their fervor for the Oakland Raiders.

"Members of THE BLACK HOLE are like family - and there are people all over the country and world who want to join us," said Rob Rivera one of the founding members of The Black Hole, LLC, a devoted Oakland Raiders fan and long time season ticket holder. "One of THE BLACK HOLE'S main goals is to unite and promote the passion and intensity that resides in the Oakland Raiders fan base, and create a true football experience for its members that is like no other."

"We wanted to create something meaningful that would unite all these Raiders fans, a community that allows people to get connected and stay connected with the most passionate fans on the planet," said Rivera. "We selected GameChanger as our partner because they 'get it' -- they understand what THE BLACK HOLE is all about, and they're going to work with us to keep it real."

Fans will be able to sign up for membership in THE BLACK HOLE later this spring on the company's website. Interested fans and supporters can register now to receive sign up information at http://www.blackholefans.com.

About GameChanger:
GameChanger Products, LLC is a consumer marketing and new product consulting firm based in Alameda, CA and dedicated to launching the most innovative new consumer brands. It was founded in 2007 by Larry Popelka, former VP of Marketing and New Ventures for the Clorox Company. At Clorox, Popelka was responsible for developing the successful Green Works cleaners product line. Other members of the GameChanger team are former executives from major consumer products marketers, like Procter & Gamble, Nestle, Orange-Glo and Leo Burnett. Members of the GameChanger team have successfully launched over 25 major new consumer products and brands with revenues of over $2 Billion.    For more information about GameChanger, please visit our website at http://www.gamechangerproducts.com.