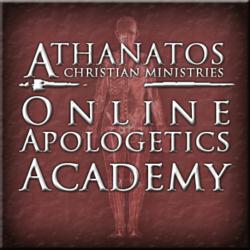 Our program will ground students not just in data points, but the whole fabric of human history and Christianity's place in it.

The http:// apologetics certificate program aims to ground the candidate great ebb and flow of Christian thought over the last two thousand years by working through books that have left an enduring impact, for better or for worse, on the Christian faith.

ACM's Executive Director, Anthony Horvath, says that the new model definitely tracks with his own development as a Christian apologist. He says, "I have never been fond of hearing arguments filtered through responses to those arguments. Some very important things are often 'lost in the translation.' I also have discovered that many 'new' arguments against Christianity are actually very old. This has allowed me to keep challenges to the faith in a broader perspective."

The newly designed apologetics certificate program is built around ten modules, with each module organized around some work that left an indelible mark on the defense of the faith and compelled others, Christians and non-Christians alike, to react to.

One example of a book module centers on William Paley's "Natural Theology", which crystallized a powerful and prevailing argument for the existence of God from 'intelligent design' that atheists had been grappling with from time immemorial. Paley's work had an impact even on the one who mounted its most serious challenge: Charles Darwin. For that reason, "The Origin of the Species" is one of the works students will study while engaging Paley's book.

Another example would be Albert Schweitzer's "The Quest of the Historical Jesus." While the 'Jesus Quests' have moved on in the hundred years since this book was penned, it shaped everything that followed. As such, it is a good example of the academy's goal to put defenses of the faith in a fuller context.

"Challenges and defenses of the faith do not arise in a vacuum," Horvath says. "Our program will ground students not just in data points, but the whole fabric of human history and Christianity's place in it."

Other books that appear in their modules include Blaise Pascal's "Pensees", Simon Greenleaf's "Testimony of the Four Evangelists," and Justin Martyr's "The Apologies of Justin Martyr", to name a few.

The website for ACM's online apologetics academy is academyofapologetics.com.