According to Organic Exchange (OE), allegations in a recent article in the German edition of the Financial Times that major retailers are knowingly selling as organic cotton genetically modified (GMO) cotton from India are unfounded. 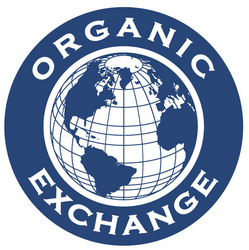 Consumers should continue to support the organic farmers working so hard worldwide to provide organic fiber and food.

According to the non-profit organization Organic Exchange (OE), allegations in a recent article in the German edition of the Financial Times that major retailers are knowingly selling as organic cotton genetically modified (GMO) cotton from India are unfounded. The article, published on Friday January 22, 2010, stated "not every product that is labeled as organic cotton is truly organic.” Printed under the banner headline of "Label Scandal,” it claims that several European retailers sold India-sourced certified organic textiles "knowing that there were traces of GMO cotton in them.” Organic Exchange believes those allegations to be without merit.

According to LaRhea Pepper, OE Senior Director and one of the world’s organic cotton production experts, organic cotton production standards specifically prohibit the use of GMO material. When a crop is grown organically, it means that the farmer has followed all the principles and systems of organic farming. In some cases, a very small amount of contamination may occur due to factors outside of the farmer’s control such as cross-pollination from GMO crops that may be growing in other fields away from organic cotton. Organic cotton certifiers conduct tests on plant, seed or soil to ensure that any pesticide residues and/or GMO’s are below a fine "tolerance” level and do not indicate deliberate fraud or carelessness on the part of the farmer. If there is any contamination of GMO material in certified organic cotton, it would likely be the result of pollination from GMO cotton plants or contamination in the gins or mills where cotton products are produced.

"Organic farming brings many social and environmental benefits; eliminating the use of harmful and toxic chemicals, reducing the cycles of debt that farmers - particularly marginalized ones in countries such as India find themselves in - and contributing to healthy ecosystems that benefit farmers and their communities,” says Pepper. "Consumers should continue to support the organic farmers working so hard worldwide to provide organic fiber and food.”

Importantly, a number of retailers and NGOs interviewed for the Financial Times article say that they were misquoted, and therefore assert that many allegations made in the article are unfounded or unsubstantiated. While Organic Exchange was interviewed for the article, its responses were ignored. For example, the article cites a nonexistent "internal OE report” as stating that up to 30 percent of organic cotton is probably contaminated with GMO. No such report exists at Organic Exchange.

The FT article also infers that certain certifiers knowingly certified cotton as being organic, when they knew that GMO seed had been used. In fact, while APEDA, the organization that regulates organic production in India, sanctioned two certifiers for non-conformities in their certification processes, the companies immediately made the needed changes and the sanctions were subsequently lifted by APEDA.

"In all systems there is a set of checks and balances, and the fact that APEDA uncovered problems is as much an indication that the monitoring system is working as it is an indication of the problems themselves. It is important to support the continued improvement of regulations, certification, and enforcement, especially in such a young industry,” noted Pepper.

About Organic Exchange
Founded in 2002, Organic Exchange facilitates expansion of the global organic cotton fiber supply by working closely with the entire value chain, from farmers to retailers, to help develop organic cotton programs and improve the sustainability of textiles. OE has hosted numerous organic cotton conferences and trainings in supply chain centers around the world, including Brazil, China, India, South Africa, Thailand, Turkey, Uganda, the United Kingdom, and the United States.