A new variant of the Boonana malware, first documented and named by SecureMac has been discovered. The trojan behaves in a very similar manner to the original malware, and is currently being distributed on multiple sites. Boonana malware is cross platform and affects Mac OS X, Windows and Linux. 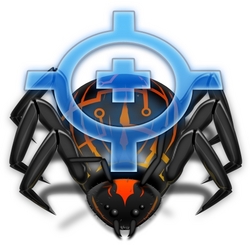 A new variant of the Boonana malware, first documented and named by SecureMac, has been discovered by ESET. The new variant, trojan.osx.boonana.b, behaves in a very similar manner to the original malware, and is currently being distributed on multiple sites. In addition to the website documented by ESET as currently distributing the malware, SecureMac has identified two more websites that are currently hosting the new malware variant. Rather than the initial site which tricks users into running (and installing) the malware, these servers seem to be hosting update code for the malware. The infected machines contact these servers looking for updates to the malware payload. At the time of analysis (November 2nd, 2010), these servers were live, and distributing malware.

In addition to the malware updates, these servers contain what appear to be keystroke logs from infected machines, including usernames and passwords.

With a quick glance, Boonana may look like a variant of Koobface, which was discovered for Windows back in 2008. However, ESET has also confirmed SecureMac's initial analysis of Boonana as a new unique piece of malware, which does not share a common code-base with the previously discovered Koobface worm. ESET's threat analysis of Boonana can be found at: http://blog.eset.com/2010/10/31/boonana-threat-analysis

Additionally, Microsoft identifies the malware as Trojan:Java/Boonana, and rates it as a severe threat for both Mac and Windows: http://www.microsoft.com/security/portal/Threat/Encyclopedia/Entry.aspx?Name=Trojan%3AJava%2FBoonana

Microsoft's analysis of the OS X version of Boonana, also with a severe threat level, can be found at: http://www.microsoft.com/security/portal/Threat/Encyclopedia/Entry.aspx?Name=Trojan%3AMacOS_X%2FBoonana

Another security vendor has verified that the Boonana malware is capable of infecting Linux machines, and will proceed to join a botnet once installed. The malware also affects Mac OS X and Microsoft Windows.