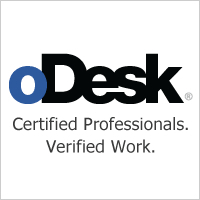 oDesk is the leader in outsourcing technology jobs

oDesk, the leading marketplace for online workteams for employers outsourcing technology jobs to certified, freelance developers and programmers, announced new data that highlights the leading countries for offshore outsourcing as well as homeshoring.

The network of service providers on oDesk now tops 150,000 individuals worldwide in over 100 countries.

Some of the insights gained from the new reports include:

1. The United States has the greatest number of providers and highest average feedback rating. Homeshoring within the US continues to gain momentum.

2. The level of outsourcing to Philippines is growing faster than any other country. Its largest work category is Knowledge Processing Outsourcing (KPO), including things like data entry and virtual assistants. The country's average feedback rating recently surpassed the oDesk average for the first time.

3. The level of outsourcing to India remains the highest in the industry boasting the highest number of new hires. Its largest work category is Software and Web Development.

About oDesk:
oDesk (http://www.oDesk.com ) is the marketplace for online workteams, with the best business model for both buyers and providers. oDesk guarantees buyers that every hour billed is an hour worked and guarantees providers that every hour worked is an hour paid. oDesk's Team platform lets businesses hire, manage and pay remote teams. Hiring managers can search the oDesk network and choose from among thousands of tested, top-rated professionals from more than 100 countries. Using the oDesk web-based collaboration tools, project managers can visually track and verify all work performed, both historically and in real-time. Every day, oDesk helps people all over the world work together as if they were seated in the same office. Founded in 2004, oDesk is located in Menlo Park, California.