The new apologetics app is currently available for Android operating systems, with other platforms coming soon. 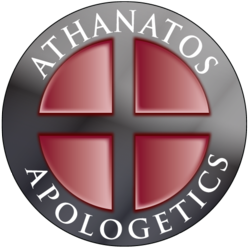 Athanatos Christian Ministries (ACM) announces the release of their apologetics themed app, produced with the support of the app innovators at Page Foundry.

Page Foundry was established by veterans of the consumer wireless industry to re-invent the way digital content is brought to market.

The ACM app allows users to get apologetics content on any device that has the Droid operating system. ACM plans on releasing the app for other platforms in the coming months.

Another key feature of the app allows users to access any number of apologetics works right from a phone or tablet. Not only can you find ACM's available Ebook catalog, but the catalogs of every major publisher of Christian apologetics works, as well.

The free app can be downloaded from Google Play.