Bursting into life and full of funny animated characters including poker playing cows, a flying pig and rap music loving ducks, the latest story from Mr Ace leads him on a great adventure! 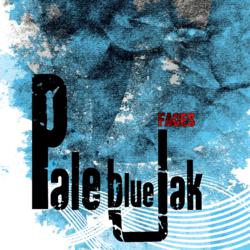 It's all about catchy melodic tunes, making the people feel a vibe.

Pale blue Jak have just released an original animated music video for the song "Mr Ace". The music video was directed and animated by Aidan McAteer.

The album "Faces" by "Pale blue Jak" comes from the imagination of Neil Byrne and each of the songs feature a delightful mix of character stories, personal experiences and eventful situations performed by a group of exceptional musicians. Upon release in North America, "Pale blue Jak - Faces" entered the iTunes US Top 100 Pop Albums and the iTunes Canada Top 50 Pop Albums Charts and was the second best seller for CD Baby that month.

A native of County Wicklow in Ireland, Neil has performed to hundreds of thousands of people across the United States, Canada and Australia with “Celtic Thunder” as a lead vocalist and band member and also features on Celtic Thunder’s Billboard World Music #1 Albums of 2008, 2009, 2010 and 2011.