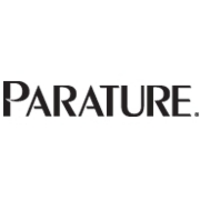 We congratulate Parature on this significant accomplishment.

Parature, the global leader in on-demand customer service software, announced today that it ranked number 219 on Deloitte's 2008 Technology Fast 500, a ranking of the 500 fastest growing technology, media, telecommunications, and life sciences companies in North America. Rankings are based on percentage of fiscal year revenue growth over five years, from 2003-2007. Parature grew 827.93 percent during this period.

Parature's CEO and President, Duke Chung credits the vast market Parature serves, the world-class products it delivers and their visionary customers with the company's 828 percent revenue growth over the past five years. "Parature is honored to be included in the Deloitte Technology Fast 500 for North America, stated Chung. To be ranked 219 out of 500 fast growth companies in the country is an outstanding accomplishment. Parature will continue to set the standard for support teams worldwide by providing the smartest, most efficient way for organizations to support their customers."

The Fast 500 ranks the fastest growing technology, media, telecommunications and life sciences companies in North America. It is compiled from Deloitte's regional North American Fast 50 programs, nominations submitted directly to the Fast 500, and public company database research. Companies are selected based on percentage revenue growth from 2003 to 2007.

Parature enables any organization to fundamentally change the way they support their customers through its Software-as-a-Service (SaaS) delivery and integrated, intuitive design that empowers organizations to better and more efficiently serve, support, engage with and retain customers in today's Web world. The seamlessly integrated suite of Parature Customer Service™ software modules allows organizations to effectively manage all of their support needs without additional hardware, software and IT expenses. Parature integrates everything in one dynamic, unified system to increase efficiency across entire organizations, improving processes among customer support, operations, development and sales.

Parature, Inc.
Parature, the leader in on-demand customer service software, makes it possible for any business to leverage the Internet to provide outstanding customer service. The company's software-as-a-service (SaaS) delivery and integrated, intuitive design enables organizations to better and more efficiently serve, support, engage with and retain customers in today's Web world. Founded in 2000, Parature received the 2007 Product of the Year Award from Customer Interaction Solutions magazine and has been named to the Inc. 5000 list of Fastest Growing Private Companies in America. For the past three consecutive years Parature has been on the Washington Business Journal's list of Best Places to Work. Headquartered in Vienna, Virginia, Parature is at work in organizations of all types and sizes, and helps support more than 10 million end users worldwide. For more information, visit http://www.parature.com.