The mixtape is presented by Coast 2 Coast Mixtape Promotion and mixed by DJ Epps. 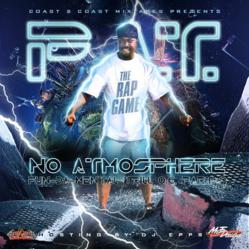 Hip-hop artist P.A.T. has released the mixtape, “No Atmosphere Fun-Da-Mental Trill O.G. Pt. 2.” The project is presented by Coast 2 Coast Mixtape Promotion and mixed by DJ Epps. The mixtape is available for download and features 39 tracks.

P.A.T. aka “Louisiana’s Finest” is a hip-hop artist from Opelousas, Louisiana. Music has always been a part of his life, but he didn’t start pursuing it seriously until 2002. Since then, he is determined to get his music out to the masses often selling cd’s at concerts, gas stations, and even on highways. P.A.T.’s lyrical style is creative and he works hard to produce quality music. He has traveled all around the U.S. performing in various cities. P.A.T.’s first big project was featured in Ozone Magazine and Hip Hop Weekly.

“No Atmosphere Fun-Da-Mental Trill O.G. Pt. 2” is available for streaming and download.