On March 10, 2013, Judge Deborah Mary Dooling of the Circuit Court of Cook County, Illinois began the trial of Carol Strum v. DePuy Orthopaedics, Inc., a Foreign Corporation, and Premier Orthopaedic Sales, Inc., an Illinois Corporation, Case Number 2011 L 009352, for alleged personal injuries suffered due to the defective design of Johnson & Johnson’s DePuy ASR metal on metal hip implant system. This landmark trial is only the second such trial in the country. 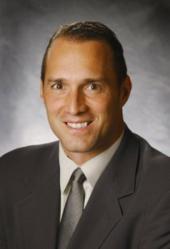 “We think this is an egregious situation of DePuy’s failure to take any action about a clear problem with the performance of its hip replacement system,” Strum attorney Peter J. Flowers said in an interview. “It’s the classic case of profits over safety.”

According to the American Association of Orthopaedic Surgeons, 200,000 or more hip replacement surgeries are performed each year in the United States. In recent months, metal hip replacement devices have come under increased scrutiny by the Food and Drug Administration (FDA) for the high number of adverse events reported. The DePuy ASR XL Acetabular System and the DePuy ASR Hip Resurfacing System were recalled in August of 2010 after being on the market since July 2003. The DePuy recall occurred after multiple studies showed that the medical devices failed to perform as intended.

Flowers and his firm, Meyers and Flowers, represent DePuy hip implant side effects claimants and surviving family members across the country. On behalf of these clients, Flowers has filed lawsuits against parties involved in the manufacturing, marketing and distribution of these dangerous metal hip implants. In his DePuy hip lawsuits, Flowers alleges that the ASR devices cause serious side effects, ranging from implant failure and revision surgery to permanent disability and even death, and that DePuy failed to adequately warn victims of the risks associated with its metal hip implants.

A nationally known, aggressive trial lawyer, Peter J. Flowers has led many coordinated litigations across the country, leading the fight against large manufacturers who place dangerous and defective drugs and medical devices into the marketplace. Flowers has served on multiple Plaintiffs Steering Committees and tried major pharmaceutical and medical device cases to successful jury verdicts. Some of his most notable legal appointments include:

Peter J. Flowers is proud to handle one of the largest DePuy ASR injury and wrongful death dockets in the country. For more information about Flowers or Meyers & Flowers, please visit our website.