Pink Tour 2013 tickets for additional dates to her sold-out tour, on sale now at Doremitickets.com. 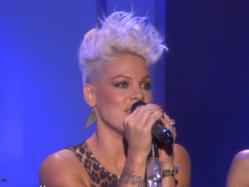 Pink an incredible concert! It combined not only Pink's outstanding talents, but also showcased dancers, acrobatics, and beautiful set design and costume changes.

Pink fans can get the party started this fall because the three-time Grammy winner has added a string of new tour dates in United States and Canada. The new leg kicks off on Oct. 10 at The Oracle Arena, Oakland, CA, and wrap up on Dec 14 at The Philips Arena, Atlanta, GA.

After the release of her 6th album The Truth about Love this past summer, fans around the world have been excitedly anticipating Pink’s accompanying concert tour. For those who have had the pleasure of attending a Pink concert, they know that it is more than just a regular show. Pink is notorious for surprising fans with rebellious yet playful, heart-wrenching yet soulful performances with stunning visual displays, high-flying acrobatics and plenty of dancing.

Doremitickets.com Your #1 Source for Pink Tour 2013 Concert Tickets Dates, Money Back Guarantee. Doremitickets.com is a retail website founded in 2009. Since launching in 2009, our website has helped connect thousands of live entertainment fans to the vast network of ticket brokers that list tickets on the doremitickets® Online Exchange. These professional ticket brokers offer more than 7.5 Million event tickets on our exchange every day.