Pitbull and Ke$ha fans will be saying “Don’t Stop the Party” as the pair hits the road together for a summer tour 2013. Tickets now on sale at Doremitickets.com. 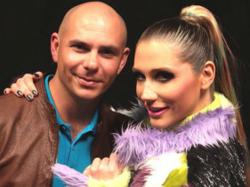 Kesha and Pitbull are both renowned for producing party anthems, so it seems only fitting that the two team up and head out on tour together!

Ke$ha and Pitbull are joining for a North American tour, which kicks off on May 23 in Boston and continues through June. Fans will be able to access a pre-sale starting on March 28 via either artist's website. Tickets will go on sale to the public on Friday 29th. Expect all the big hits, plus "Girls," the Ke$ha-guesting collaboration from Pitbull's 2009 album, Pitbull Starring In "Rebelution"

Doremitickets.com Your #1 Source for Summer Tour 2013 Dates for Pitbull and Ke$ha Concert Tickets, Money Back Guarantee. Doremitickets.com is a retail website founded in 2009. Since launching in 2009, our website has helped connect thousands of live entertainment fans to the vast network of ticket brokers that list tickets on the doremitickets® Online Exchange. These professional ticket brokers offer more than 7.5 Million event tickets on our exchange every day.