According to a recent survey conducted by the American Society for Aesthetic Plastic Surgery, the number of cosmetic surgeries performed nationwide decreased by over 15 percent in 2008. Despite this sharp decline nationally, the flow of patients at the Tallahassee Plastic Surgery Clinic has remained brisk. 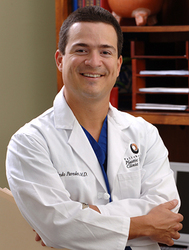 Serving as a pillar in the Tallahassee community for over 30 years, the Tallahassee Plastic Surgery Clinic has maintained a steady flow of customers despite the current economic turmoil. “Long-standing practices are probably doing better than most in weathering the storm economically,” said Dr. Alfredo Paredes of the Clinic.

Similarly in Tallahassee, breast augmentation s remain the most popular cosmetic procedure. Since receiving FDA approval in 2006, silicone implant procedures have become well accepted by the public, as they constitute almost 50% of augmentation procedures. Furthermore, the ASAPS survey reveals that approximately 70% of patients would not be embarrassed if anyone outside the family knew they had cosmetic surgery

These facts demonstrate that despite the national decline in the number of nationwide cosmetic procedures, customers of well-established practices remain committed to aesthetic cosmetic surgery despite these difficult financial times.

Tallahassee body lift before and after

Tallahassee Florida abdominoplasty before and after

Breast augmentation, Tallahassee, before and after

Tallahassee breast augmentation before and after