Myron L. Stokes of Oak Park, Illinois is the winner of the ninth annual Margaret Reid Poetry Contest for Traditional Verse sponsored by Tom Howard Books. Stokes won the top prize of $3,000 for his poem about his African-American ancestors' triumph over oppression. 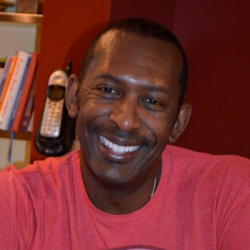 Tom Howard Books is pleased to announce the results from its ninth annual Margaret Reid Poetry Contest for Traditional Verse. Myron L. Stokes of Oak Park, Illinois won first prize and $3,000 for his poem "For My Ancestors". Hundreds of entries were received from around the world.

Stokes's ode to his forebears pays tribute to the indomitable spirit that carried African-Americans through slavery and discrimination, to a future where their descendants could acquire the education and power to fight for a better world for all people.

The judges said, "This First Prize winner gets down to business right from the start. He doesn't waste time preparing the ground or offering his reasons for choosing the subject matter, but links the very first line of the poem with the title itself. He's also not afraid to use telling but unusual adjectives to drive his point home. Nor does the poet mince words. Right from the start he declares My Ancestors 'from opulent lips sang their slave songs from the bottom of hell.' The repetition of the preposition makes the connection doubly potent; but the poet is careful not to overdo this effect and undermine its power."

Second prize of $1,000 went to Vernon Waring of King of Prussia, Pennsylvania for "the death of memory". This introspective poem worries over how our lives slip from our grasp, one little piece of information at a time.

Carmine Dandrea of Pine City, New York won third prize and $400 for "A Trilogy of Love and Loss". In this melodic poem, the signs of the passing seasons are charged with the speaker's grief and longing for a love that has ended.

Janet Ireland Trail of Greensboro, North Carolina won fourth prize and $250 for "Raising My Arm", a defiant address to the personified "Stroke" that has robbed the speaker of full mobility—only temporarily, she vows.

The top four winners, Most Highly Commended poems, and judges' comments are published online at WinningWriters.com.

As of the 2013 contest cycle, the Margaret Reid Poetry Contest for Traditional Verse and the Tom Howard/John H. Reid Poetry Contest have been combined into the Tom Howard/Margaret Reid Poetry Contest. This contest accepts original poems of any length. Both published and unpublished works are accepted. $5,500 in prizes will be awarded, including $2,000 for a poem in any style and $2,000 for a poem that rhymes or has a traditional style. Entries are accepted online and by mail. The deadline is September 30, 2013. For guidelines, please see http://www.winningwriters.com/tompoetry

Winning Writers assists with entry handling and publicity for the Tom Howard/Margaret Reid Poetry Contest and other literary contests sponsored by Tom Howard Books. Winning Writers is today's leading source for literary contest information. We have been selected as one of the "101 Best Websites for Writers" by Writer's Digest for eight years in a row (2005-2012). Our online database, Poetry Contest Insider, ranks and profiles over 1,250 poetry and prose contests.

Winning Writers facilitates the Tom Howard Books contests and provides quality resources for poets and writers. It was founded by Jendi Reiter and Adam Cohen in 2001.