John M. Harris Jr. of Tucson, AZ is the winner of the tenth annual Wergle Flomp Humor Poetry Contest, currently one of the largest prizes in the world for humor poetry. This year's contest received over 2,300 entries. Harris's winning poem, "The Flight Line Commedia", is published at http://www.winningwriters.com/contests/wergle/2011/we11_pastwinners.php. 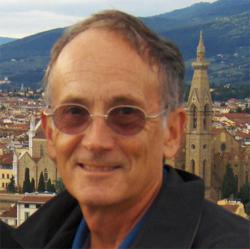 This homage to Dante's Inferno takes us on a witty and instructive journey through the modern-day hell of air travel, where rude patrons and penny-pinching executives alike receive their perfect come-uppance.

Winning Writers is pleased to announce the results from its tenth annual Wergle Flomp Humor Poetry Contest. John M. Harris Jr. of Tucson, AZ won first prize and $1,500 for his spoof poem, "The Flight Line Commedia". Over 2,300 entries were received from around the world.

Jendi Reiter, judge of the Wergle Flomp contest, said of the winning entry: "This homage to Dante's 'Inferno' takes us on a witty and instructive journey through the modern-day hell of air travel, where rude patrons and penny-pinching executives alike receive their perfect come-uppance. Harris sustains the difficult rhyme-scheme of terza rima in natural, contemporary language over the entire course of this epic."

Charles Doyle of Hamilton, Bermuda received second prize and $800 for "T'was the Week After Doomsday," a zombie-infested parody of the famous Christmas poem by Clement C. Moore. Reiter said: "This much-parodied poem was a candidate for my 'retired' list. Why did Doyle's version stand out? Paradoxically, because he stayed so close to the original, in terms of phrasing and formal regularity, but changed the resonance of every image from charming to grotesque."

Alicia Ruskin of Valley Village, CA received third prize and $400 for "Speaking of Speaking." This subtly witty poem shows the influence of the postmodern movement known as "flarf," which uses peculiar juxtapositions of found text from Internet searches to comment on our culture's vapidity and information overload. Reiter said: "After a couple of these not-quite-right sentences, suddenly we begin paying attention and realize just how strange our collective consciousness has become, how elusive the logical connections between our beliefs."

Twelve honorable mention awards of $75 each were also made, and all winning poems are published online, along with 15 finalists. $3,600 was awarded in total, making this one of the largest competitions in the world for humor poems.

The Wergle Flomp Humor Poetry Contest is sponsored by Winning Writers. Submissions for the 2012 contest are accepted now through April 1, 2012. Entries are accepted online, and there is no fee to enter. For more information, please see http://www.winningwriters.com/wergle.

About Winning Writers, Inc.
Winning Writers is today's leading source for poetry contest information. We are proud to have been selected as one of the "101 Best Websites for Writers" by Writer's Digest for seven years running (2005-2011). Our online database, Poetry Contest Insider, ranks and profiles over 1,250 active poetry and prose contests. Our free email newsletter offers news about free poetry contests and quality literary resources.

Winning Writers was founded in 2001 by Jendi Reiter and Adam Cohen. Learn more at http://www.winningwriters.com/.

Jendi Reiter is the judge of the Wergle Flomp Humor Poetry ContestJendi Reiter is the editor of Poetry Contest Insider, an online database of poetry and prose contests published by Winning Writers. She is the author of three poetry collections: A Talent for Sadness (Turning Point Books, 2003) and the award-winning chapbooks Swallow (Amsterdam Press, 2009) and Barbie at 50 (Cervena Barva Press, 2010). In 2010 she received a Massachusetts Cultural Council Artists' Grant for Poetry. Visit her blog at www.jendireiter.com.

Winning Writers finds and creates quality resources for poets and writers. It was founded by Jendi Reiter and Adam Cohen in 2001. We are located in Western Massachusetts. Our expert online literary contest guide, Poetry Contest Insider, ranks and profiles over 1,250 poetry and prose contests. Winning Writers is proud to be one of "101 Best Websites for Writers" (Writer's Digest, 2005-2011).