Carmine Dandrea is the winner of the ninth annual Tom Howard/John H. Reid Poetry Contest sponsored by Tom Howard Books. This contest awarded $5,600 in cash prizes, including a top prize of $3,000, for the best original poems in any style or theme. Dandrea's poem "A Wake in the House", a child's-eye view of an Italian family's mourning rituals, was judged the best of hundreds of entries from around the world. The top 10 winners and runners-up are published at http://www.winningwriters.com/tompoetry 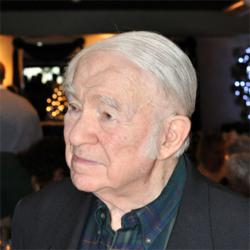 Carmine Dandrea of Pine City, New York is the winner of the ninth annual Tom Howard/John H. Reid Poetry Contest for "A Wake in the House"

Nostalgic with touches of humor, Dandrea's poem looks back at the customs of his large, traditional Italian immigrant family, through the eyes of a child who does not yet understand the significance of the event that has brought them together.

Tom Howard Books is pleased to announce the results from its ninth annual Tom Howard/John H. Reid Poetry Contest. Carmine Dandrea of Pine City, New York won first prize and $3,000 for his poem "A Wake in the House". Hundreds of entries were received from around the world.

Nostalgic with touches of humor, Dandrea's poem looks back at the customs of his large, traditional Italian immigrant family, through the eyes of a child who does not yet understand the significance of the event that has brought them together. The men drink and play cards, the women gossip and weep, while the child and his grandfather are excluded from the party, the one because of his youth, the other because...well, why is he lying so still?

Second prize of $1,000 went to George Korolog of Woodside, California for "From Tending Sheep to Confusion on the Amtrak 10:50". Another finely detailed tale of immigrant traditions, this time Greek-American, Korolog's poem is an elegy for his uncle who, losing his memory at the end of his life, imagined himself back in the old country that was never far from his heart.

Martin Steele of Delray Beach, Florida won third prize and $450 for "Almost Light". This magical prose-poem envisions two strangers, drawn together by a love of music, dancing in the dawn light that gilds an abandoned stretch of railroad tracks.

The Tom Howard/John H. Reid Poetry Contest accepts original poems of any length, style or theme. Both published and unpublished works are accepted. The current contest opened on December 15, 2011 and is accepting entries through the postmark deadline of September 30, 2012. The prize pool is $5,550, with a top prize of $3,000, plus a new $250 bonus prize for humorous verse. Entries are accepted online and by mail. For guidelines, please see http://www.winningwriters.com/tompoetry

Winning Writers is today's leading source for literary contest information. We have been selected as one of the "101 Best Websites for Writers" by Writer's Digest for seven years in a row (2005-2011). Our online database, Poetry Contest Insider, includes complete guidelines and rankings for over 1,250 poetry and prose contests. Our free email newsletter offers news about quality free contests and literary resources. Winning Writers was founded in 2001. Learn more at WinningWriters.com.

George Korolog of Woodside, California won second prize for "From Tending Sheep to Confusion on the Amtrak 10:50"

Since 2001, Winning Writers has been providing quick, easy, and affordable access to expert information about the best literary contests and resources at WinningWriters.com.