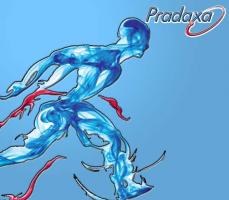 The drug safety advocates at DrugRisk.com are alerting those patients taking the blood thinner Pradaxa of new information on the site showing the manufacturer, Boehringer Ingelheim, is testing an antidote for internal bleeding, as the number of bleeding injury claims has risen substantially in recent months.

“The goal of DrugRisk is to improve the safety of those taking prescription drugs by providing the latest warnings, recalls, studies and legal news. Informed patients can discuss treatment options with their doctor and decide if they need legal advice,“ explains DrugRisk representative Ryan Mayer.

The resource center contains information showing expert opinions about the risk for Pradaxa internal bleeding differ. The FDA updated advisories to indicate the drug has the same risks as warfarin.* However, the American College of Cardiology has cautioned that Pradaxa can increase the risk of bleeding complications compared to warfarin.**

DrugRisk also obtained a report from the Institute for Safe Medication Practices, which ranks blood thinners like Pradaxa among the most dangerous drugs. The institute reviewed nearly 18,000 adverse events reported to the FDA, and discovered patients with Pradaxa-related bleeding were nearly 5 times as likely to die than those with warfarin bleeding.***

Now, the resource center has learned that Pradaxa maker Boehringer Ingelheim is in phase one of clinical trials to test an antidote for Pradaxa internal bleeding.**** Although bleeding antidotes exist for traditional blood thinners like warfarin, there is none for Pradaxa.

DrugRisk also has added court information showing the number of patients filing a Pradaxa lawsuit alleging serious or fatal internal bleeding has grown from 170 on January 14 to 260 as of March 5, 2013, an increase of over 50%.*****

Due to the number of patients filing a Pradaxa lawsuit over bleeding side effects, the cases have been consolidated to a special federal court in Illinois, formally known as MDL No. 2385, IN RE: Pradaxa Product Liability Litigation, Southern District of Illinois.

Anyone affected by internal bleeding after taking Pradaxa is urged to speak with a lawyer about their legal options as soon as possible. Due to the specialized nature of federal drug injury cases, DrugRisk only recommends lawyers who are already handling Pradaxa lawsuits.

For more information on the research, Pradaxa side effects and litigation news related to Pradaxa and other drugs, or to speak with a lawyer, visit http://www.DrugRisk.com.