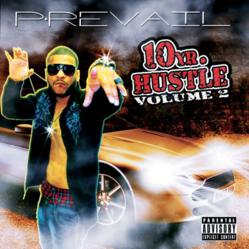 Prevail is a South Jersey artist who found his love for making music at a young age. Since then, he has been on a mission to prove that he has what it takes to make it in the music industry. To date, Prevail has released several projects, won multiple talent contests, been featured in several publications, opened for artists like Wyclef and Destiny’s Child, performed at the Essence Music Festival, and more.

This year, Prevail plans to get more radio play and work with more corporate companies to help promote his music. He is currently working on an EP that he will push to major labels as well as his clothing line. Keep up with all Prevail updates by following him on Twitter or visiting http://www.Prevaildamc.com.