Repossession, redundancy and recession are driving the need for good quality payment protection insurance (PPI) advice, according to Sara-Ann Burgess, director at PPI specialist Burgesses, and a longstanding campaigner for change in the market. 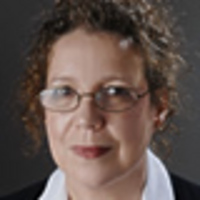 Repossession, redundancy and recession are driving the need for good quality payment protection insurance (PPI) advice, according to Sara-Ann Burgess, director at PPI specialist Burgesses, and a longstanding campaigner for change in the market.

Despite the emergency measures to kick start the economy, announced by the Government yesterday, Burgess said borrowers across the country would be put under a huge strain in the coming months and that this was already being reflected in industry figures.

According to data released by the Council of Mortgage Lenders (CML) for the third quarter of 2008, repossessions totalled 11 300 for the period, up from the 10 100 recorded in the previous quarter. This represented a jump of 12% and according to the CML, repossessions will total 45 000 during the year as a whole.

"The Chancellor may have cut the rate of VAT and introduced a new rate of income tax for those earning over £150 000, but will this really help to avoid thousands more people being made redundant?" questioned Burgess.

"Whether or not these measures manage to stimulate the economy will be a moot point for the thousands of homeowners who are going to be forced out of work and out of their homes as the recession takes hold," she said.

With tens of thousands of redundancies at firms such as BT, Virgin, HBOS and RBS in the pipeline, the recession was going to hit people right across the country and despite the efforts made by politicians, they were unlikely to be enough to prevent many more from falling into significant hardship.

Burgess said there had not been a more important time in the last 15 years for consumers to assess their financial situation and protect against the storm that was set to last well into 2009 and beyond.

"At a time when budgets are tight and jobs are precarious it is really important for consumers to get the right level of protection in place and to find policies that really meet their individual requirements," said Burgess.

Burgess said it was time for the PPI sector to at last show its true worth and move past the problems that have plagued it in recent months and years. Following industry reviews, improvements were being made in the PPI market and by working with established, proven and ethical intermediaries, it was possible for customers to get excellent value policies that would protect them into the future.

Burgess explained: "Ethical, customer focused businesses like British Insurance have stood out in recent years and as the PPI market opens up then these businesses can help customers get away from the expensive and poorly designed policies offered by many high street providers and access the level of low cost, flexible PPI they really need."

Repossession, redundancy and recession would continue to sharpen their teeth on UK consumers and Burgess said they had to make sure they knew what lay ahead and had made preparations to deal with it effectively.