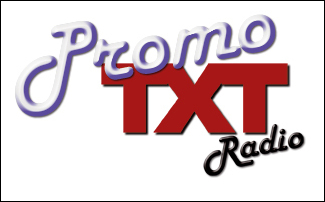 Spark Network Services' new RadioLaunchPad takes all the complexity out of running a radio text message promotion. A radio station executive simply enters the information for his or her next text promotion and RadioLaunchPad does the rest, including producing scripts for on-air announcements and liners. RadioLaunchPad even gives the station the legal terms and conditions for inclusion on its web site.

"We kept hearing from radio executives that they were incredibly busy and didn't have the time to do all the work to take on a new product," said Bob Bentz, director of marketing, at Spark Network Services. "Text messaging is a great promotional tool for radio stations, but we are finding now that it's an even better sales tool for radio stations. In a time when radio advertising sales growth is slowing, text messaging gives the radio station a weapon that its competitors don't have."

There are three things that people never leave home without any more--their keys, wallet, and mobile phone.

Note that one no longer has a need for a watch. Those who do still wear watches do so only because it's a nice piece of jewelry; it's no longer a functional item with a cell phone in their pocket.

But, perhaps the greatest advantage of text message marketing is that a radio station can reach its audience anytime, anywhere, any place. 84% of all consumers keep their cell phone on and with them 24 hours per day and 94% of all text messages are opened and read. That's why The New York Times called mobile marketing"the most powerful advertising medium of all time."

Another invention going the way of the typewriter is the landline phone. 15% of all cell phone owners don't bother to have a landline phone anymore and 31% are considering giving up their home phone in the next three years.

If you're a radio station executive who is not offering text message marketing by now, your station may still be living in the Marconi era. The beauty of text messaging to radio listeners is that since so much of radio listening is done outside of access to general media, text may be the only medium available. If your listeners are in their car, on the beach, or at the office, there's probably no competition from television or internet. Hence, radio and the cell phone are the means to reaching your target audience.

What do radio listeners want to do with text messaging? According to the Pew Study, they want to request songs, enter contests, and obtain station play lists. It's not surprising then that the top text message applications for radio stations to date have been contests, song requests and dedications, vote lines, station play lists, and enhanced advertising.

94% of all text messages are opened and read. No other medium can make that claim, not even radio. That's why forward looking radio station sales teams are now up-selling advertisers with text programs. And, it's working because the advertising works. It's no longer just a spot buy when you add an interactive text promotion to the on-air commercial. Some account executives are getting in on buys in demos where they were once shutout. Others are gaining additional market share on the buy by bundling spot buys with a text message advertising campaign. Mobile marketing offers the sales team a weapon that others in the market simply don't have.

Here's how it works. Next time the radio station plans to give away tickets to a concert, why have 999 frustrated callers reaching busy signals and one lucky winner? With text messaging, all 1000 listeners get through to the station. There's still only one lucky winner, but all the entrants receive the station advertiser's marketing message. More importantly, the station now has a database of 1000 opt-in P-1 listeners.

Next time the station has breaking news or a pre-sale buy of concert tickets, it will want to send a text message blast to its opt-in database of radio listeners, thus providing another opportunity to put your advertiser's message into the palm of the hands of your loyal station listeners. Your advertiser's message gets through and your P-1's feel like VIP's.

According to Forrester Research, 43% of US marketers will be using mobile marketing within the next year. Mobile marketing is projected to generate $4.8 billion in revenue in 2011.

Radio needs to jump on the mobile marketing train. If it doesn't, somebody else will.