Reggae superstar Boom Viniyard is posing some poignant questions to the gay community and he may be the first to ask such questions. On his new mixtape “The world is ours”, Boom Viniyard questions why isn’t the gay community rallying and protesting for the banning of the bible, since the bible teaches that homosexuality is a sin. The artist suggests that if homosexuals rally against and support the banning of anti-gay reggae songs then it makes sense that they should do the same against the church and all conservative political parties. 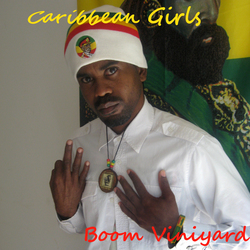 Not only is it hypocritical but it's also wrong to ban songs and suppress artists for the condemnation of homosexuality, if so be the case the republican party of the USA should also be banned and suppressed. They are openly anti gay which is a fundamenta

Riding on the success of his hit single “Caribbean Girls”, reggae star Boom Viniyard has released a mixtape that is creating a lot of controversy. While the mixtape is very diverse with party songs, songs with strong messages and social commentaries, it is actually an excerpt of an interview the star did with the Jamaican Gleaner that is causing quite a stir.

When asked by the Jamaican Gleaner what he thought about artists like Sizzla and Beenie Man being banned from performing in the United Kingdom as well as being denied entry into the United States as reported by the Gleaner, the artist responded:

“Not only is it hypocritical but it's also wrong to ban songs and suppress artists for the condemnation of homosexuality, if so be the case the republican party of the USA should also be banned and suppressed. They are openly anti gay which is a fundamental principle of conservatism. Also the Bible should be banned and suppress right along with all Christian churches and Christian nations because the Bible, both in the old and new testaments condemns homosexuality. So if you are banning songs and suppressing artists, why is the Bible, Christian churches and Christian nations allowed to operate without restrictions. Maximum respect to Shabba Ranks, Sizzla Kalonji and Buju Banton.” The full interview can be heard on Boom Viniyard’s new mixtape on a track called “Homosexual Hypocrisy”. The mixtape is available for free download at 18 Karat Reggae Podcast.

Boom Viniyard went on to tell the Jamaican Gleaner that "I am willing to debate with GLAAD, OutRage or any other gay organization on the harsh stance they take in the stifling of reggae music and reggae artists".

The song “I Survive” which the artist penned after being involved in a near fatal auto accident is also on the mixtape. The singer says the song is dedicated to everyone who has ever survived a life threatening situation including congresswoman Gabrielle Giffords who recently survived a very serious ordeal.
The mixtape also features some of the top reggae artists including Sizzla, Turbulence, Beenie Man, Dawn Penn and more.

The artist also invites anyone who would like to comment on why the gay community push for the stifling of reggae but not the stifling of the church or the Republican party to do so on 18 Karat Reggae Podcast.

Boom Viniyard Speaks on the Homosexual Hypocrisy.Taken from Boom Viniyard's mixtape "The World is Ours".