Celebrity Teen Egg White Easter Affair hosted by teen chart topper Jacob Latimore has had a surprise venue change. The event will now take place at on the Rooftop at Atlanta’s historical Atrium, on 236 Auburn Avenue. 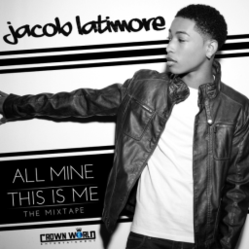 With the demographic of event goers, we thought it would be a good way to take some time during the event to remember the legacy of Dr. Martin Luther King and remind young people to make wise choices in today’s technological society.

“The Atrium is a venue that has a lot of historical attributes to it,” says Dave Bishop of Reign Fall Media, producer of the event. “With the demographic of event goers, we thought it would be a good way to take some time during the event to remember the legacy of Dr. Martin Luther King and remind young people to make wise choices in today’s technological society. We see so many kids using social media as a platform to attempt to be reality stars doing things they don’t realize will affect their careers, relationships and children. What they think they are doing to get likes and shares or retweets today stays in the internet and can ruin their lives later. Kids end up getting bullied, reputations get ruined and we’ve seen where some end it with suicide or other acts of violence.”

The attire is all white and the event has already been hot teen topic to kick off spring break. While Jacob Latimore is hosting, ABC Family Series Lincoln Heights star Mishon is slated to make an appearance. Other acts include Zdub from Baltimore and KREYVE from Detroit. Atlanta will also be repped with NtaJ, T-Rep, We R Charm, and the Mizphitz.

Instead of focusing on an egg hunt this Easter, singing sensation Jacob Latimore is teaming up with Atlanta sisters, Kenedi and Treasure Bishop in their quest to raise funds for two organizations which focus on mentoring youth.

Kenedi and Treasure Bishop, the teen sisters behind Kenedi Treasure are known in the Atlanta area for their day soirees have been photographed in the city with some of the big names in teen entertainment such as Alix Lapri, the O.M.G Girlz (featuring singer/reality star Tiny Harris’ daughter), Messiah Harris (rapper T.I’s son), Cash Money’s Torion Sellers, Mindless Behavior’s Prodigy and a slew of the hottest young deejays.

“This event is coming fresh off the heels of our super bowl day party but instead of focusing on just having a good time, we decided to put our good time into two great causes,” says Treasure, 17. “We are working to recognize and raise funds for Royal Ryderz and K.I.T.E. It’s a huge undertaking and my sister and I are very grateful to Jacob [Latimore] for being such a big celebrity with a big heart for helping bring attention to the kids who will be helped as a result of these groups. We can’t thank him enough for being so generous in hosting this event which will focus on kids in Atlanta, Georgia and Detroit, Michigan.”

“Royal Ryderz, Inc is a non-profit social motorcycle organization with a mission to mentor at-risk but promising youth,” explained 16 year-old Kenedi. “Their program focuses on conflict resolution, hygiene, home life situations, peer-pressure, etiquette and school work. K.I.T.E, which stands for Konnecting the Incarcerated Through Excellence, is a program that is a part of our family and works with kids who have at least one parent in jail. K.I.T.E provides financial assistance, emotional and crisis counseling and educational and life skills training. Additionally, that organization mentors, provides financial assistance, aids life skills workshops and educational tutoring. It’s a lot to remember but it’s a part of making sure these kids don’t feel like the world is forgetting them just because of their circumstances.”

“Kenedi and I are examples to show just because you had a parent incarcerated doesn’t mean you are going to grow up to repeat their mistakes or you can’t be something in life,” Treasure admitted. “Our own dad went to jail, but he left that in the past and focused on his family and his future. Despite that, his kids are working to be successful. I just got accepted into Kennesaw State University and we are about to launch another product in addition to our cosmetics line.”
Concluded Kenedi: “Programs like K.I.T.E and Royal Ryderz that encourage us to encourage other kids. Easter has a spirit of new beginnings and we want attendees of this event to know that by coming out and participating, they will be raising funds for two programs to help kids in two cities with their new beginnings in life.”