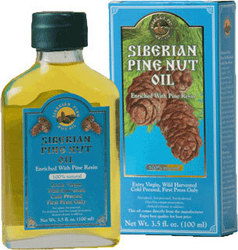 During thorough research, scientists discovered a majority of health issues arise as the consequence of the negative influence of the polluted environment on a human organism.

In the process of data analysis the mechanisms of health disorder development were defined and effective recommendations on disease prevention and gentle correction of existing diseases were formulated.

At the present, environmental pollution has reached a critical level. The increased content of various toxic substances and heavy metals in the atmosphere, water reservoirs, and soil facilitates their entry and accumulation in the human organism.

The intensive and prolonged effects of ecologically unfavorable environmental factors can lead to an overload of adaptational systems and the development of premorbid and morbid conditions. In addition, when many modern food products undergo industrial processing, they lose a large number of valuable nutrients, vitamins, and trace elements, and are supplemented by various additives in the form of preservatives, bleaches, fillers, etc., which increases the load on the basic defensive systems of the organism.

In conditions of modern pressures that are not only technogenic but also medicinal, the search for preparations of natural origin for the "gentle" correction of the conditions in question is especially topical.

At the present time, the increased frequency of the following chronic pathological processes is considered to be directly or indirectly related to the growing influence of the unfavorable factors of an industrial society:
1)    Chronic illnesses of the respiratory organs
2)    Genetic and congenital defects
3)    Chronic poisonings and drug complications
4)    Malignant tumours and blood diseases
5)    Chronic diffuse diseases of the liver
6)    Peptic ulcers
7)    Arterial hypertension, atherosclerosis, and ischemic disease of the heart
8)    Neuroses, neurasthenia, and vegetative vascular dystonia
9)    Caries and atrophy of the gums
10)    Disturbances of vision and hearing
11)    Increase in the mortality rate from cirrhosis of the liver of toxic and chemical etiology and tumour processes

By analogy with natural focal diseases, one can speak about a relatively new and little studied phenomenon - the focal nature of the ecological pathology of a person. An epicenter is distinguished, where the basic sources of continual environmental pollution are located. Further, several zones (a minimum of two) are located around the epicentre. In the zones beyond the epicentre, the harmful influence of production factors is indirect, more delayed and altered.

Environmentally significant pathology includes microelementosis. Microelementosis is the name given to pathological conditions caused by a deficiency, surplus, or imbalance of macroelements and trace elements. Despite the fact that diseases of this nature have long been familiar to clinical medicine (endemic goiter, iron-deficiency anemias, poisoning by some metals, etc.), they were not, however, distinguished by a unifying name. The overwhelming majority of diseases and syndromes of this class were almost not recorded, since clinically they passed under other "masks" (Skalnyy, 2000).

An extremely widespread and perhaps, in modern conditions, the most important group of microelementoses are the technogenic ones. Among them, especially well studied are the industrial, mainly, occupational diseases. Comparatively recently they were the object of the close attention of epidemiologists, who distinguished proximal microelementoses, i.e., diseases of people who do not participate in production itself, but who live in the vicinity.

Because of the richness of its chemical composition, cedar nut oil under Ringing Cedars of Russia brand has wide latitude of beneficial action on the organism.

The fatty acid composition of Ringing Cedars of Russia cedar nut oil is characterized by a high content of mono- and polyunsaturated fatty acids.

The necessity to observe a balance between the different classes of fatty acids is well known. The World Health Organization recommends adhering to a ratio of from 4:1 to 10:1, in this case one should strive to increase the portion of omega-3 fatty acids, since an excess of omega-6 fatty acids does have worse consequences for health.

In Ringing Cedars of Russia cedar nut oil, the ratio of omega-6/omega-3 fatty acids comes to approximately 2:1. Regular use of unsaturated fats makes it possible to reduce the levels of triglycerides and cholesterol in the blood. An increase in the proportion of unsaturated fatty acids in the lipid spectrum of the blood plasma impedes the further formation of atherosclerotic platelets and can contribute to their reverse development.

The high content of vitamins A and E in cedar nut oil gives it the properties of a natural antioxidant. In recent years, the problem of lipid peroxide oxidation and formation of free radicals has been attracting considerable attention in population health care fields. In normal conditions of vital activities, many important metabolic and physiological processes occur with the formation of free radicals. They are involved in the accumulation and biotransformation of energy, ensure the detoxification of some foreign compounds, participate in the work of the nonspecific immunological protection system of the organism. Within a standard, the intensity of the processes of free-radical oxidation is supported at a specific level by a complex antioxidant defense system.

Ringing Cedars of Russia cedar nut oil is an effective natural antioxidant, and may be used for the prophylaxis of any illness whose onset and development is related to the activation of the processes of free-radical oxidation.

The use of Ringing Cedars of Russia cedar nut oil thus creates the conditions for an improvement in the functional condition of the skin, and the mucous membranes of the respiratory tract and gastrointestinal tract- the organs of the first line of the organism's defense in conditions of ecological danger.