DePuy hip recall lawyers point out that despite millions of Rolaids packages being recalled, the DePuy hip recall may be Johnson & Johnson's most serious product recall this year 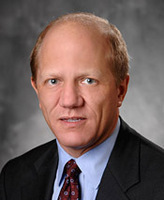 The DePuy hip recall isn't like other product recalls. A failing hip replacement system, or even one that might fail, implanted in an older person can be a dire matter

Product recalls continue to plague Johnson & Johnson companies, with the recall of 13 million packages of Rolaids softchews announced on December 9, 2010. Children's Benadryl Allergy Fastmelt tablets and Junior Strength Motrin caplets were recalled in November for unspecified problems. Earlier in the year the company recalled tens of millions of Children's Tylenol packages as well as Accuvue contact lenses in Asia. 54 million packages of various Tylenol, Motrin and Benadryl products were recalled in January, which followed a further 6 million packages in 2009.

But on August 26, 2010 DePuy Orthopaedics, Inc., another Johnson & Johnson subsidiary, announced the recall of more than 93,000 ASR XL Acetabular and ASR Resurfacing hip replacement systems, which impacts more than 30,000 Americans who received a hip replacement from 2005 through 2010. The ASR and Pinnacle lines of DePuy's hip replacement systems are part of a metal on metal class in which normal wear of the device is known to release metallic debris.

“The DePuy hip recall isn’t like other product recalls. A failing hip replacement system, or even one that might fail, implanted in an older person can be a dire matter”, stated James Onder, founding partner of Onder, Shelton, O’Leary & Peterson. The Onder Law Firm has received numerous inquiries from people with the DePuy hip replacement system subject to the recall and has set up a DePuy hip recall website to keep persons impacted by the recall informed and make them aware of their rights under this hip recall.

DePuy Orthopaedics, Inc. is a subsidiary of Johnson & Johnson, Inc. with $5.4 billion in sales last year. The FDA also recently sent DePuy a warning letter stating that the company had illegally marketed a knee replacement device and sold a hip replacement system for an unapproved use. This has led a number of experts that study the industries in which Johnson & Johnson is involved to question whether there is a systemic problem within the company.

Onder, Shelton, O’Leary & Peterson, LLC is a St. Louis based personal injury law firm handling serious injury and death claims across the country. They are experienced DePuy hip recall attorneys offering free legal consultation to all persons who have had a hip replacement with the DePuy ASR XL Acetabular or Pinnacle Hip Replacement Systems. Onder, Shelton, O’Leary & Peterson has represented clients throughout the United States, and other firms throughout the nation often seek its experience and expertise on complex litigation. It is a recognized leader in products liability cases such as window blind cord strangulation and pharmaceutical litigation.