Katie Donovan’s new multi-faceted coaching program helps both job-seeking and employed professional women negotiate and obtain the salary they deserve. Clients are billed after they accept a higher starting salary (for job seekers), or achieve a pay raise (for existing employees). 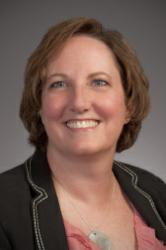 Only 7% of women negotiate their first salary.Unfortunately, it’s an uphill battle to reclaim that money without negotiating, since future raises and salary offers are based on previous income.

Professional women who are tired of earning less than their equally-skilled male counterparts and want to potentially enjoy a pay raise of more than 20%, can now get the valuable salary negotiation coaching they need from established women’s salary negotiation teacher, coach, blogger and speaker, Katie Donovan.

Clients who sign-up for Donovan’s “360 Degree Salary Negotiation Coaching” receive expert advice on all aspects that comprise a strong, successful negotiating strategy: resume, application and interview. The coaching is also ideal for employed professional women who want to be well-prepared for their next performance review, and position themselves to get the raise they deserve. Clients are billed after they accept a higher starting salary (for job seekers), or obtain a pay raise (for existing employees).

“Only 7% of women negotiate their first salary,” commented Donovan, whose blog post I Did Not Know to Ask for Salary Negotiation Help was recently featured on Forbes.com. “Unfortunately, it’s an uphill battle to reclaim that money without negotiating, since future raises and salary offers are based on previous income. My new 360 Degree Salary Negotiation Coaching program is designed to empower professional women to get the compensation they deserve, and to ensure that they aren’t among the millions of people who neglect to negotiate and are destined to be underpaid for years, or decades.”

Donovan also noted that in her experience, while there are some fundamentals of successful salary negotiation that apply equally to both men and women, that’s where the equality ends.

“Professional women need to accept salary negotiation as part of the hiring process or they will always be underpaid. Studies show that even women who negotiate typically ask for 30% less than men. It’s clear that both job seeking and employed professional women need expert salary negotiation coaching, or they risk leaving hundreds of thousands of dollars on the negotiating table throughout the life of their career – possibly even millions.”

For more information or media inquiries, contact Katie Donovan at (718) 219-4801 or email Katie(at)EqualPayNegotiations(dot)com.

Katie Donovan is a salary negotiation teacher, coach, blogger and speaker on equal pay and women’s salary negotiations. She also has more than 20 years of experience in negotiating contracts in such diverse industries as engineering, automotive, high-tech, and human resources. Her client successes include increases in income from $2,000 up to doubling income, and her first mobile application “Earn More Girl” for iPhone and iPad helps women calculate their pay gap between their current earning and their true target salary. In addition to a wealth of speaking and teaching experience with such institutions as Harvard Business School Women’s Association, Mom Corps, Holy Cross Women in Business Conference, Business and Professional Women (BPW), the Boston Chapter of Women in Construction, and more, Katie has contributed to Forbes.com and HuffPost Live, and has been quoted and covered in articles on theglasshammer.com and Salary.com. She has also launched a petition for the Salary Inclusion to Promote Equality Act to put everyone on equal footing when negotiating starting salaries.