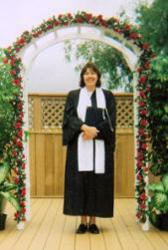 In a recent interview Mr. Steffan says “It is pretty much the same concept of what we do in Hawaii. We are offering easy to understand wedding packages in Southern California. The client picks a wedding package, time, location and wedding vendors.”

They have just added a Minister to their vendor list in Santa Barbara. Gail Kelley Murray is now available to officiate weddings within the Maui’d Forever wedding packages. She offers a personal touch. Each couple is different with unique tastes and preferences for their wedding. She will work with clients to make their wedding ceremony the one they have always dreamed of. She has a Catholic background and can speak German (and a little Spanish). She has performed hundreds of weddings in and around Santa Barbara, Ventura and Santa Maria for over a decade.