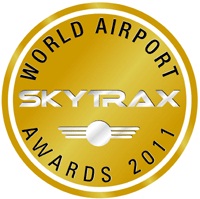 This award strengthens the partnership between Marriott International and Deville, administrator of the hotel for over 10 years

The five-star [Sao Paulo Airport Marriott Hotel, located next to the Airport of Guarulhos, was the big winner at the Skytrax World Airport Awards in the category Best Airport Hotel in South America. The award took place on the night of March 30 in Copenhagen, Denmark.

"This award strengthens the partnership between Marriott International and Deville, administrator of the hotel for over 10 years,” says Joao Paulo Berger, general manager of this Sao Paulo hotel. "A hotel does not exist without the human factor. Winning this award highlights the quality and professionalism of our team that strives in order to apply the Marriott philosophy of excellence in service."

The award, which was created in 1999, honors the best airport services worldwide. The award for 2011 was based on a survey of 11,380 people from over 100 nationalities and staff from more than 240 airports around the world over eight months. The airport sector considers this award the most important recognition worldwide for its clarity, accuracy and independence.

This Marriott airport hotel in Sao Paulo, which specializes in guest services for executives, was the first high profile hotel to be built near the Cumbica airport. The Sao Paulo Airport Marriott Hotel also offers some of the best venues for events and conventions. The hotel belongs to the Group Deville and is the first franchisee of Marriott International in Latin America.