Supporters of a group working to amend the Indian Child Welfare Act will hold an auction to raise funds for a South Carolina family who lost their pre-adoptive child through a legal battle. Among the items included in the auction are footballs autographed by Cam Newton, Steve Smith, and Jonathan Stewart. 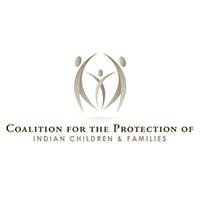 Coalition for the Protection of Indian Children and Families

Among the items included in the auction are footballs autographed by Cam Newton, Steve Smith, and Jonathan Stewart.

Supporters of the Save Veronica campaign plan to hold an auction to benefit a Charleston family who lost their pre-adoptive two-year-old daughter after a lengthy and expensive legal battle with the child’s biological father (Charleston, SC Case 2009-DR-10-3083).

According to court documents, Matt and Melanie Capobianco didn't know their pre-adoptive daughter, Veronica, had any Native American lineage when they brought her home from Oklahoma in 2009. Additional court documents state that four months later the child’s biological father surfaced and filed for custody of Veronica, claiming that she was eligible for membership with the Cherokee tribe, and as such should be placed in his care under the Indian Child Welfare Act of 1978.

Court records show that the Capobiancos were forced to turn over Veronica on December 31, 2011, and have since filed an appeal that is currently under review by the South Carolina Supreme Court (Charleston County, SC Case 2009-DR-10-3083). The family encountered extensive legal fees as a result of their battle and now a group of supporters are working to help them recoup some of their financial losses through an online auction scheduled to take place on July 27, 2012.

Members of the Save Veronica campaign have created the auction with items donated by supporters, musicians, businesses, and even professional NFL athletes. “We’ve been working tirelessly for months to generate awareness of the Capobiancos case. This auction is one of our larger efforts and the response we’ve received from donors has been amazing,” said Arathi Nobles, one of the auction’s organizers.

Among the items included in the auction are footballs autographed by Cam Newton, Steve Smith, and Jonathan Stewart. There are also cd’s autographed by musician Darius Rucker, a diamond ring, and art, all donated by individuals and companies. “We’re excited to have received such a great response from so many people and are extremely appreciative of everyone’s support,” said Nobles.

The auction will be held at http://www.32auctions.com/saveveronica and is scheduled to begin on Friday, September 28, at 5:00 a.m. and will end on Sunday, September 30, at midnight.