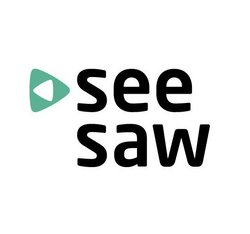 Our ambition is to build a world class platform which offers the best programming from both UK and international content suppliers. This deal with NBC Universal gives us another major partner with whom we can continue to drive forward and develop SeeSaw.

SeeSaw.com, the online TV service, has entered a multiple-year licensing agreement with NBC Universal International Television Distribution for the UK video-on-demand rights to a broad array of NBC Universal television programming, it was announced today.

Under the terms of the agreement, U.S. series from NBC Universal will be made available to viewers at SeeSaw.com. TV fans will be able to rent individual episodes or full series from a range of shows included in the deal.

Highlights of titles included in the deal are the hit series Heroes and House. Heroes received a prestigious BAFTA in 2008 for Best International Show, and all seasons will be available on SeeSaw. The Golden Globe-winning series House stars lauded British actor Hugh Laurie in the lead role.

Other shows featured in the deal include Battlestar Galactica, the re-imagined sci-fi series widely acclaimed for reinventing the genre and award-winning comedy programmes, The Office and 30 Rock.

John Keeling, Platform Controller, SeeSaw commented: “TV lovers are already enjoying thousands of great shows across a range of genres on SeeSaw.com. The addition of NBC Universal’s high quality comedy and drama output will deliver further choice and underlines our ambition to offer the best online TV service in the UK.”

Matt Rennie, Commercial Director, SeeSaw commented: “Our ambition is to build a world class platform which offers the best programming from both UK and international content suppliers. This deal with NBC Universal gives us another major partner with whom we can continue to drive forward and develop SeeSaw.com– I can’t wait to offer our viewers these great shows.”

With today’s announcement, SeeSaw.com now offers 3,500 hours of free archive and catch up programming in addition to over 1,500 hours of rental content. SeeSaw already has content deals with BBC Worldwide, Channel 4, Five, Disney, MTV Networks and a range of UK independent producers for shows ranging from Classic Doctor Who to Desperate Housewives, Neighbours to The Apprentice, Gavin & Stacey to Fawlty Towers. Further deals will be announced in the coming months.

SeeSaw continues to grow since the launch of the service just over five months ago, with over 2m unique users visiting the service.

The service is available at http://www.seesaw.com.