Formally joining in the "War on Christmas," Finishing the Mysteries of Gods and Symbols, by Seven Star Hand, presents stunning and comprehensive new proof that pivotal religious assertions are blatant lies. Consequently, the stories underlying this holiday season, and all that flows from them, are purposeful deceptions. 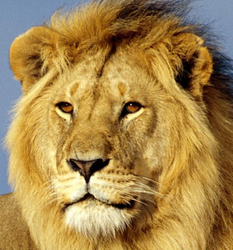 The head in sand pose may temporarily hide danger from the ostrich, but the hungry lion has no misconceptions about the truly dire nature of that bird's predicament.

Alas, certain lies have a troubling habit of eventually returning to haunt you, at precisely the worst possible time.

The long-misused term "apocalypse" actually refers to the revealing of long-hidden secrets and the solving of ancient unexplained mysteries, which thereby causes the rapid collapse of traditional dogma, assumptions, and the wealth and power long associated with them.

Former software engineer, Buddy Page, also known as "Seven Star Hand," is the author of the book Finishing the Mysteries of Gods and Symbols. Throughout it, he presents stunning and comprehensive new proof that leaves little room for doubt that all three so-called Faiths of Abraham are purposeful deceptions. The evidence also leaves little room for doubt that the Vatican and many other religious leaders have always known that pivotal ancient deceptions were at the heart of these religions. Consequently, most of the long unsolved mysteries underlying this holiday season are the result of purposeful deceptions and many religious leaders are fully aware of it.

Seven Star Hand explains; "After reading Finishing the Mysteries of Gods and Symbols it will become painfully obvious to everyone that none of these religions can possibly be the truth. The leaders of these religions have always purposely imposed ignorance based on the deceptive recasting of earlier symbolic concepts and narratives. Once you understand the symbology, you truly understand that every miraculous story in those canons is actually purposely misrepresented symbolism. The entire Christmas story line, as well as the resulting religious assertions, are purposeful lies told in a manner designed to hide the meaning of ancient symbology and the deeply profound wisdom that it has always encoded."

Throughout Finishing the Mysteries of Gods and Symbols, Seven Star Hand presents verifiable proof that ancient sages and prophets opposed religion and wisely never trusted religious leaders. In fact, they participated in a very long-term and well-orchestrated sting-operation against religion and purposefully hid vital secrets from religious leaders throughout the previous several millennia. The breadth and profundity of what was encoded by these ancient sage-scientists, and how they transmitted it across the ages, is absolutely mind-boggling. Encoded throughout the original ancient symbolic narratives are layers of stunning proof of the truth about pivotal details that completely destroy any chance that these religions can possibly be truthful.

A pivotal aspect of the ancient sting operation involved the use of star and angel symbolism throughout the last several millennia. In essence, the ancient sages and prophets provided symbolic narratives to religious leaders that contained deeply encoded details that could not be fully decoded and understood, until a specific time far in their futures. In this manner, untampered proof of the truth was always expertly embedded throughout the resulting religious canons. It was encoded using the symbology that flowed from ancient Egypt and directly into the symbolism of the Hebrew wisdom traditions and resulting canons of the Three Faiths of Abraham. The symbology of the ancients was based on advanced science and precise natural observations that decisively prove its true meanings and purposes. Unfortunately for all religions, this completely exposes pivotal ancient lies.

Proof of the truth about the purpose and meaning of stars and angels in the original symbolic narratives proves that religious stories about angels are later embellishments and interpolations (ergo lies...) created by religious leaders, not by the prophets and sages who authored the original symbolically encoded narratives. Star and angel symbology is the silver bullet purposely designed to prove that all three so-called Faiths of Abraham are purposeful deceptions. It is only one aspect though of a much more comprehensive body of wisdom encoded using the symbology that flowed from ancient Egypt. In this way, the ancient sages and prophets sent forth undeniable proof of the truth about pivotal ancient unsolved mysteries and related historical situations.

"Alas, certain lies have a troubling habit of eventually returning to haunt you, at precisely the worst possible time," admonished Seven Star Hand, at the start of this holiday season, based on certain ancient stories. "Comprehensive proof that those stories are purposeful deceptions completely destroys any chance that there can be any truth to the Christian narrative. The stories underlying Christmas are blatant lies created by religious leaders, to hide the truth. All religions must now confront the ultimate iconoclastic apocalypse. The ancient sages and prophets purposely and expertly hid vital secrets from religious leaders throughout the last several millennia, so proof of the truth would not be lost forever. Just as always promised, I have now openly published the keys to solving the symbolic ancient mysteries, so all may finally see the light."

SevenStarHand.org provides links to download the free PDF e-Book version of Finishing the Mysteries of Gods and Symbols. You may download it directly at the above link or visit the website for additional options, articles, and resources. The paperback version is available through the website, Amazon.com, and other booksellers.