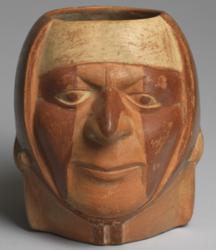 The Michael C. Carlos Museum of Emory University announces the reopening of the new Art of the Americas galleries on February 9, 2013. Spanning 4000 years, from 2000 BC to the twentieth century, from the plains of Mexico to the mountains of Peru, over 436 works of art will offer new interpretations and unique cultural comparisons. The re-installed galleries will offer the public access to new works of art from Mexico, Panamà, Costa Rica, Colombia, Ecuador, and Peru. Emory Professor of the Art History and Faculty Curator of Art of the Americas at the Carlos Museum, Rebecca Stone, is the curator of this re-installation.

New research and discoveries
Display labels and case text will be rewritten to incorporate new research and discoveries; many of the pieces that have been on display will be regrouped in different case designs; and a number of new loans and acquisitions will appear on view for the first time. In addition, the Museum has devoted more space to Panamanian art, has created a new textile display and case of effigies with anomalous bodies and womb pots from Costa Rica, and will feature several new cases of spectacular Colombian ceramics.

For the first time visitors can see cross-cultural displays – art that appears in geographical context, illustrating similarities and differences between neighboring cultures. For example, Costa Rican works of art compared to Panamanian art have distinctly different styles in ceramics, but share similarities in gold work. Mexico and Costa Rica are also compared – both cases show how complex the interrelations are between neighboring cultures in ancient times. The dynamic translation of art across cultures can also be seen in the transfer of visual imagery, for instance the hand axe in Mexico becomes a jewelry item in Costa Rica.

New insights and observations
Interdisciplinary investigation has been a hallmark of new discoveries in the field of visual art and interpretation. Stone notes, “So much has shifted in what we know about our permanent collections. For instance, ten years ago we still assumed that much of the Carlos Museum’s shamanic art focused on the shaman’s transformation to the black, brown, and tawny jaguars. However, through further observations, new information, and chance encounters with other fields of study, our interpretations have changed.” From observing the whale sharks at the Georgia Aquarium, Stone discovered similar features on a female effigy that she had assumed was a woman transforming into a jaguar, but the features actually point to a woman transforming into a whale shark. In another example, the spot on the knees of one of the Carlos Museum’s most treasured female effigy from ancient Costa Rica of a woman transforming into a deer was considered a purely aesthetic addition. However, at the Yellow River Game Ranch, Stone came to learn that spots on the inner hocks of the free-roaming deer were a sign that the doe was in season. This shed new light on the female effigy’s pregnant belly, the obvious fertility that goes with her knee spots.

For the first time in a decade, art of Native North America
Native North American art will be included in the re-installation, extending the range of this collection from South and Central America to North America. This expansion of the collection will honor the First Nations of this continent and complement the Georgia public school curriculum. The first gallery rotation of Native North American art will include a small exhibition of modern Southwestern ceramics, scheduled to run for the calendar year 2013. The installation of this collection titled, "Walking in the Footsteps of Our Ancestors: the Melion-Clum Collection of Modern Southwestern Pottery," will include seed pots, red- and black-ware, vessels inspired by basketry, and a large case of objects made by the famous Quezada family of potters from Mata Ortiz, Mexico. An additional case in the gallery will feature the Museum's stunning Maria and Julian Martínez signed black-on-black vessel. Opportunities abound for future rotations of Native North American art, including exciting loans and collaborations with local collectors and with a variety of U.S. museums.

About the Michael C. Carlos Museum
The Michael C. Carlos Museum of Emory University collects, preserves, exhibits, and interprets art and artifacts from antiquity to the present in order to provide unique opportunities for education and enrichment in the community, and to promote interdisciplinary teaching and research at Emory University. The Carlos Museum is one of the Southeast's premier museums with collections of art from Greece, Rome, Egypt, Near East, Nubia, the Americas, Africa, and Asia, as well as a collection of works on paper from the Renaissance to the present. For location and admission information, visit carlos.emory.edu/visit/hours-admission.