By allowing Singaporean adults to buy affordable housing and live independently at a younger age, the citystate could set off a more positive birth trend, says Singapore company formation specialist. 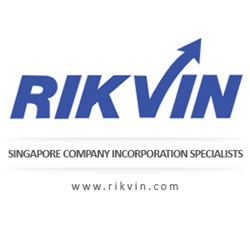 Mr Modi’s sentiments seem to be more on pulse with the sentiments of single Singaporeans who have been holding out on marriage and family life. By finetuning our policies to based on sociological insight, the country’s goal could become real.

According to a recent Bloomberg article, new Singapore citizen Bhupendra Kumar Modi will urge the Singapore government to stop holding out on young single Singaporeans who wish to live independently and outside of marriage. The founder of the Global Citizens Forum, an online platform for youths, stressed that current housing regulations and prices are major roadblocks to the country’s urgent goal i.e. improving its birth rate.

Analysis by Singapore company formationspecialist Rikvin shows Modi’s recommendation come on the heels of the Parenthood and Marriage Package announced in January this year as well as the Singapore Housing & Development Board (HDB) announcement earlier this month. According to the latter, single Singaporeans have the green light to buy brand new 45sqm apartments under the HDB with effect from July 2013.

However, the new concession comes with a big caveat: singles must be over 35 years old, first-time buyers and earn no more than S$5,000 a month. In addition, and according to data compiled by Bloomberg, the median price of a three-room HDB flat has risen to S$353,800 over the past three years, representing a 30% hike.

SINGLE AND READY TO MINGLE
Modi said that the qualifying age should be lowered to 25 years old so that more adults can move out of their parents’ homes and live independently. This then could encourage adults to exercise more freedom, have relationships and make long-term commitments, which conversely, could turn around Singapore’s slow fertility rate, which stood at 1.3 last year.

Further analysis by Rikvin shows that Modi’s recommendations hold some weight, although they may be in conflict with some groups which oppose premarital sex and allow cohabitation only after marriage.

Ms. Christine Lim, General Manager of Rikvin opined, “Singapore, as a city, has been westernized since it was discovered in 1819, but the government and each family has different beliefs about what constitutes a good life. Public housing, which has been under the domain of the HDB, has catered to applicants who want to setup homes as a nucleus. The idea of providing access to public housing to single Singaporeans represents a shift in the traditional mode of thought that deems public housing privy only to family units and some singles. However, population figures say otherwise and it does not serve the country well, to buck the obvious trend.”

“Mr Modi’s sentiments seem to be more on pulse with the sentiments of single Singaporeans who have been holding out on marriage and family life, as living and education costs rise. By finetuning our policies to based on sociological insight, the country’s desired goal could become real,” affirmed Ms. Lim.

ABOUT RIKVIN:
Established in 1998, Rikvin has since partnered with thousands of investors, entrepreneurs and professionals in their pursuit to access business opportunities overseas. Rikvin’s areas of expertise include company incorporation, offshore company setup, accounting, taxation and other related corporate services. Rikvin is also a licensed employment agency with the Ministry of Manpower (MOM) and offers a full spectrum of work pass services for foreign professionals who wish to relocate to Singapore.