Winning Video, a Rap Parody Entitled “Shawshank in a Minute,” Available at JibJab.com and via Verizon Wireless’ V CAST 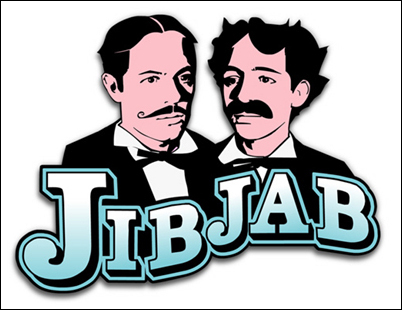 “From having the opportunity to work with a legend like John Landis, to being involved in a JibJab project and being voted the winners, the whole experience has been incredible,” said Erik Weiner of the ‘Famous Last Nerds’ comedy troupe. “We are thrilled to have been part of an initiative that is changing the entertainment industry and giving comedy troupes an opportunity to make it big.”

“Working with all the young talent on the Great Sketch Experiment was a wonderful experience for me,” said John Landis, Hollywood film director. “The increased popularity of digital media as a primary channel of creation and distribution of high quality, premium content, as we witnessed through this contest, represents a true milestone in the entertainment industry.”

Verizon Wireless operates the nation’s most reliable wireless voice and data network, serving 57 million customers. The largest US wireless company and largest wireless data provider, based on revenues, Verizon Wireless is headquartered in Basking Ridge, NJ, with 60,000 employees nationwide. The company is a joint venture of Verizon Communications (NYSE:VZ) and Vodafone (NYSE and LSE: VOD). Find more information on the Web at http://www.verizonwireless.com. To preview and request broadcast-quality video footage and high-resolution stills of Verizon Wireless operations, log on to the Verizon Wireless Multimedia Library at http://www.verizonwireless.com/multimedia.

JibJab is a digital comedy network founded by brothers Gregg and Evan Spiridellis in 1999. The studio’s election parodies “This Land” and “Good to be in DC!” were seen more than 80 million times during the 2004 election, turning JibJab into an overnight, household brand, and leading Peter Jennings to name the Brothers “People of the Year.” JibJab has grown considerably since the election. Today, the company is comprised of the best and the brightest artists, technologists and business people, working hard to change the way comedy is created, produced and distributed – signifying a true media revolution beyond which they first dreamed about in their Brooklyn garage. For more information go to http://www.jibjab.com.

JibJab is a registered trademark of JibJab Media, Inc. in the United States and / or other countries. The names of actual companies and products mentioned herein may be the trademark of their respective owners.