Hollywood Airbrush Tanning Academy, the Southern California based renowned airbrush tanning center, has just introduced their new website HollywoodAirbrushTanningAcademy.com. The spray tanning classes conducted by the academy has helped many aspiring entrepreneurs to start their own airbrush tanning business in this growing industry. The new website of Hollywood Airbrush Tanning Academy provides detailed information about the academy, the courses offered by them, and students of the academy 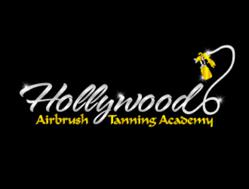 Hollywood Airbrush Tanning Academy, the most reputed academy throughout the United States to learn spray tanning, has announced the launch of their new website. This training institution has been instrumental in helping many of its trainees to launch their independent airbrush tanning business since the inception of the company in 2011 as One Day Spray Tan Training. In the month of February of 2012, they rebranded themselves as Hollywood Airbrush Tanning Academy. The previous website of the academy 1DaySprayTanTraining.com would still remain live and provides detailed information about the private, hands-on training program available in the academy. The revered academy presently operates from its office located in Universal City near the famous Universal Studios.

Hollywood Airbrush Tanning Academy has been largely responsible behind the recent popularity of spray tanning as a viable career opportunity in California and its surrounding regions. Many aspiring entrepreneurs now travel from different parts of the country to learn the art of spray tanning from Simone Emmons, the founder of the academy. Simone is an exponent of advanced airbrush tanning who has spent her life offering state of the art spray tanning services to many renowned bodybuilders, celebrities, actors, and models. Apart from teaching the techniques of airbrush tanning, her airbrush tanning certification program also provides all necessary marketing and branding support to start a new business.

Spray tanning is also known as sunless tanning and refers to a process in which air operated devices are used to create an effect similar to that of suntan without exposing the skin to the sun. Talking about the launch of her new website, Simone said, "The new site is in addition to my other website 1DaySprayTanTraining.com. The difference is that the new site has general information about the academy, and the older site has much more detailed information about the spray tanning training program". She has also forecasted a bright future ahead for the spray tanning business owners in the country.

Individuals interested in learning and starting a career in airbrush tanning should visit the website at http://www.HollywoodAirbrushTanningAcademy.com or for more detailed information about the course at 1DaySprayTanTraining.com