A surplus of inventory has flooded the Edmonton and St. Albert, Alberta real estate markets according to the most recent housing market stats. St. Albert and Edmonton real estate specialist Kees Van Staveren of the Van Staveren Realty Group reports that this translates to increased options and competitive pricing for homebuyers. 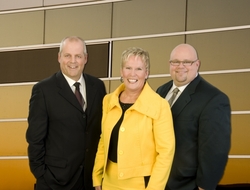 Although home prices here have remained relatively steady for the past few months - competitive and rare deals can currently be found within the city’s most sought after real estate.

Recent housing market reports on the Edmonton and St. Albert, Alberta real estate markets show a high level of inventory, with the number of active listings in Edmonton totaling 9,406 at the end of June. There were 3,473 new listings and 1,539 properties sold in that month, according to the Realtors® Association of Edmonton. With these market conditions, Kees Van Staveren, a leading Edmonton and St. Albert, Alberta Realtor with the Van Staveren Realty Group, sees many advantages for homebuyers.

“A high inventory translates to increased options and more competitive pricing for buyers,” Van Staveren adds, “although home prices here have remained relatively steady for the past few months - competitive and rare deals can currently be found within the city’s most sought after real estate. Whether you’re looking for a single-family home or you’re interested in Edmonton high rise condos, now is definitely a smart time to invest in real estate in the region.”

The inventory for residential real estate in the Edmonton area has been rising steadily since the end of last year as housing stats are also on the rise. According to the Canada Mortgage and Housing Corporation, there was a total of 951 new units in June 2010 as compared to June 2009’s 450 units. “We’ve been seeing an increase in construction activity in the Greater Edmonton area,” says Van Staveren, “as inventory was low in 2009 and builders are now building in response to the demand for housing that never subsided in our high-growth region.”

Luckily for buyers in Edmonton, St. Albert and throughout most of Alberta, housing here remains relatively affordable, with average sales prices remaining stable. In a Royal Bank of Canada report released earlier this year, Alberta is shown to have prices that have “remained relatively tame.”