You're never too old or too young for an STD 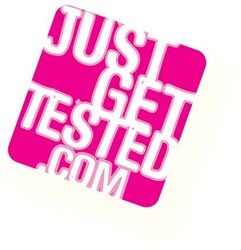 Many who are older than 50 years of age are too embarrassed to talk to their doctors about STDs. There are confidential blood testing sites that allow patients to take control of their own medical care and get tested discreetly and confidentially.

It's a fact that older people have sex. It's also a fact that most individuals over the age of 50 have not had formal sexual health education in school when they were growing up. With the advent of male enhancement medications, an increase in late-in-life divorces and widows/widowers reentering the dating scene, the environment for sexually transmitted diseases and infections (STDs/STIs) is ripe for growth. According to research conducted by JUSTGETTESTED, senior citizens are among the fastest growing number of people acquiring new STDs/STIs and they don't know it. From 1996 to 2003, total cases of Chlamydia, genital herpes, gonorrhea, syphilis and genital warts among people over 45 increased 127%, from 344 cases in 1996 to 780 in 2003 according to a recent article in TIME.com.

According to Edward Salko, D.O., founder and medical director of JUSTGETTESTED.com and PERSONALABS.com, there are several reasons for the increase.

"Senior citizens today never received formal instruction on what they called venereal diseases or VD," says Salko. "What they did know was that VD was curable with penicillin and the only thing they needed to worry about was getting pregnant. Now that they are past the child-bearing years, they assume they are safe or curable. They have no idea that many STDs and STIs including HIV are not curable and can be spread without ever showing any symptoms."

"Many who are older than 50 years of age are too embarrassed to talk to their doctors about STDs and unfortunately many doctors assume seniors are not sexually active," adds Salko."Fortunately, there are confidential blood testing sites that allow patients to take control of their own medical care and get tested discreetly and confidentially. They can get their results from a secure server and take action from there. They can bring those results to their physicians for treatment if necessary and can alert any sexual partners that they have been exposed. However, if they are negative, they are spared the embarrassment of bringing it up to their physicians."

PERSONALABS.com and JUSTGETTESTED.com provide a blood testing option that does not require an office visit and can be ordered discreetly and confidentially online. Tests are ordered online and patients find the nearest sample draw location according to their zip code. Results are posted on a secure server accessible only by the patient. The purpose of PERSONALABS.com and JUSTGETTESTED.com is to provide patients the ability to take more control of their health care by obtaining medical information that they can use when seeking medical assistance or monitoring health. Until June 1, 2010, any person over the age of 50 can obtain a 10 percent discount by entering coupon code OVER50.