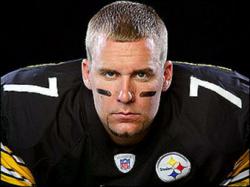 Ben Roethlisberger is tied for the lead in the NFL with eight touchdowns, and currently ranks second in the league with a 109.2 QB rating. Rashard Mendenhall could return in week four to rescue an ailing running game. Combined with the return of normal officials to NFL games, these factors all add up to an unpredictable matchup for the Steelers in week four. Pittsburgh Steelers tickets are available at HeadlineTickets.com for all regular season games this year.

Pittsburgh Steelers tickets have been a fast selling item in 2012, even though the Steelers are heading into only their second home game. An average of 69,598 fans watched the Steelers play on the road for each game, while 64,511 fans witnessed the Steelers’ sole home game against the Jets – a nearly sellout crowd.

Headline Tickets Now is one of the most popular secondary ticket exchanges on the Internet, with tickets available for sports, theater, and concert venues across the United States and Canada. Search the site for local entertainment in your area at prices that competitors can’t match. Headline Tickets Now is an accredited business with the Better Business Bureau (BBB) of Western Pennsylvania.