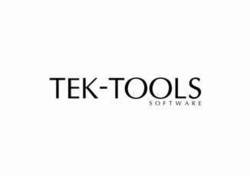 Tek-Tools' ability to report on the infrastructure in different geographic locations with a single console gives us insight we didn't have before. With Profiler, we are able to report how our hosting infrastructure is performing to our various stakeholders in ways we couldn't before.

Tek-Tools Software, a leading provider of IT resource management software solutions, today announced that it continues on a path of double digit revenue growth for the seventh consecutive year closing 2008 with a 14 percent increase in revenue year over year. Tek-Tools revenue has been growing steadily at about 15 percent annually since the company first released its IT resource management solution, the Profiler Suite, in 2001.

The increased pressure on IT organizations to reduce costs while simultaneously improving efficiency with the same or fewer resources creates demand for the comprehensive monitoring and reporting the Tek-Tools Profiler Suite delivers. Profiler's ability to provide end-to-end visibility of both physical and increasingly virtualized IT assets proves to be a much needed resource for optimizing IT infrastructure especially in the current economy. Virtualization technologies have emerged as a solution to help maximize resources, however, they do add a layer of complexity when it comes to managing this new, dynamic infrastructure.

Accenture Infrastructure Hosting Consultant Michael Prask explains, "Once our organization made a commitment to using virtual infrastructure for hosting many of our internal assets, we realized the challenge would be to understand the complexion of that environment, along with the utilization of the different infrastructure components therein," said Prask. "Tek-Tools' ability to report on the infrastructure in different geographic locations with a single console gives us insight we didn't have before. With Profiler, we are able to report how our hosting infrastructure is performing to our various stakeholders in ways we couldn't before."

Tek-Tools' ability to monitor complex, heterogeneous infrastructure from a single console provides a comprehensive view that arms IT managers with information - both historical and for forecasting -- to make critical decisions about when and where to make strategic investments in infrastructure.

Tek-Tools continued to deliver on its commitment to supporting customers' ever-changing IT infrastructures in 2008, first by bringing to market Profiler for VMware, making the Profiler Suite the industry's first solution to deliver end-to-end visibility across physical and virtualized IT infrastructures. Throughout the year, Tek-Tools continued to enhance the Profiler Suite's end-to-end mapping capabilities, backup and media reporting, and added new modules: Profiler for VTL to support Falconstor and its derivatives from IBM, EMC and Sun; Profiler for CommVault; and Profiler for EMC Celerra. Additionally, Tek-Tools expanded its Profiler for Xiotech module to include support for Xiotech's Magnitude 3D 4000 storage area network (SAN) systems and Emprise 7000 system.

Profiler expands in the channel

Tek-Tools Software, Inc. is a leading provider of IT resource management solutions serving customers from the Fortune 50 to the Fortune 5000 across every major vertical market. Its flagship Profiler Suite delivers end-to-end visibility and specific actionable insights on the entire IT infrastructure enabling proactive IT infrastructure management in support of critical business operations. The company is privately-held with offices in the U.S., the U.K. and India. For more information, visit http://www.tek-tools.com or call (972) 980-2890.