Bonnie Lurie of New York City is the winner of the 15th annual Tom Howard/John H. Reid Short Story Contest sponsored by Tom Howard Books. This contest awards $3,200 in prizes for the best original short stories, essays or other short prose, including a top prize of $1,200. Lurie's story "Primary Day" was judged the best of over 1,200 entries from around the world. The top 15 winners are published at http://www.winningwriters.com/tomstory 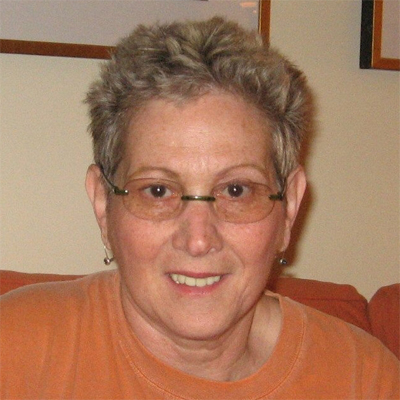 Tom Howard Books is pleased to announce the results from its 15th annual Tom Howard/John H. Reid Short Story Contest. Bonnie Lurie of New York City won first prize and $1,200 for her story "Primary Day". Over 1,200 entries were received from around the world.

In Lurie's riveting personal account of the September 11 World Trade Center attacks, the tension is heightened by her memories of narrowly escaping the 1993 bombing as an employee on the 61st floor of Tower One. On her way to meet her former co-workers for breakfast on that fateful morning, she emerges from the subway to watch in horror as history repeats itself before her eyes. Her agonizing slow-motion escape is aided by a kind stranger, epitomizing the solidarity in the face of disaster that New Yorkers remember from that day.

"A man hit against us so hard, he knocked the cane out of my hand. I realized I couldn't bend down to pick it up or I would be thrown to the ground. Sue reached down to grab it and got trampled by several people. I grasped her hand to help her up, but got pushed away by a throng of people. I couldn't even turn around. I yelled out her name. I thought I heard her say, 'head towards the water, the tower is falling', but I wasn't sure. I tried to catch my bearings. I had been on Cortlandt Street across from Tower One and I know I had been moved up towards Broad Street, I could barely make out the Stock Exchange Building. I tried to calm myself, but all around me was the smell of fear and death, and it seemed as if the buildings themselves were breathing hard and crying."

Of the winning entry, the judges said, "An eyewitness account of a tragic event made even more powerful and unnerving by the writer's extremely skillful writing style with its meticulous attention to riveting detail and its engrossing portrait of the writer herself. This is no impersonal report or a dull recitation of hideous facts, but a living, involving and deeply moving account of personal experience."

Second prize of $800 went to Susan Keith of Eugene, Oregon for her memoir "Visiting My Father's Office", a tribute to a father whose modest exterior masked a remarkable life of service to his community. The judges said, "Maturity and understanding are not only engagingly revealed in the unfolding of this remembrance, but the language Ms. Keith employs always remains admirably clear and natural."

Ms. Keith also earned two Most Highly Commended awards of $100 for the political satire "Labor of Love Day, 2005" and the story "Magnolia", about a child's first encounter with racism and betrayal. Elana Bregin of Durban, South Africa won third prize and $400 for "They", a science-fiction tale combining lyrical imagery with a searing indictment of our cruelty to animals in the name of scientific research. The judges said, "The horror of the story's central situation seems more insidious because it is never fully revealed but strikingly cloaked by incidents that are themselves terrifying. The conflict of science and humane rationality is effectively deepened by beautifully chosen, almost poetic, language."

About Tom Howard Books and John H. Reid
The Tom Howard/John H. Reid Short Story Contest accepts short stories, essays and other short works of prose. All styles and themes are welcome. Both published and unpublished work are accepted. The next contest will open for entries on August 15, 2007, with a postmark deadline of March 31, 2008. Entries are accepted online and by mail. For guidelines, please see http://www.winningwriters.com/tomstory

About Winning Writers, Inc.
Winning Writers assists with entry handling and publicity for the Tom Howard/John H. Reid Short Story Contest and other literary contests sponsored by Tom Howard Books. Winning Writers is today's leading source for poetry contest information. We have been selected as one of the "101 Best Web Sites for Writers" by Writer's Digest for three years running (2005-07). Our online database, Poetry Contest Insider, ranks and profiles over 750 literary contests. Our free email newsletter offers news about free poetry and prose contests and quality literary resources.

Winning Writers was founded in 2001 by Jendi Reiter and Adam R. Cohen. Learn more at http://www.winningwriters.com

Elana Bregin, Third Prize winner in the 15th annual Tom Howard/John H. Reid Short Story ContestElana Bregin is a South African based author who lives in the coastal city of Durban. Her published novels include Kalahari RainSong (2004), Slayer of Shadows (1995), and The Red-Haired Khumalo (1994), and some of her short stories can be found in the anthologies Memories of Sun (2002), Keys (1996) and Fantastic Space Stories (1993). Elana says that writing is her way of making sense of the world, and one of her most pressing concerns is how we as humans treat not just each other but the other species that we share the planet with.

Susan Keith, Second Prize winner in the 15th annual Tom Howard/John H. Reid Short Story ContestSusan Keith grew up in North Carolina, earned degrees at Mount Holyoke College and Emory University School of Law and practiced law for fifteen years. Since then she has pursued her lifelong dream of writing poetry and fiction and is enrolled in the Creative Writing Program at UCLA Extension. Awards include first prize in the 2006 Margaret Reid Poetry Contest for Traditional Verse. She has been the number one fundraiser for the Southern California Multiple Sclerosis Walk for seven years in a row, supporting treatment and a cure for the disease sheÂs had for over fifteen years.

Bonnie Lurie, First Prize winner in the 15th annual Tom Howard/John H. Reid Short Story ContestBonnie Lurie, a native New Yorker, grew up in the Bronx and attended Performing Arts High School. After graduate school, she worked as an organizational psychologist for world-wide financial institutions, as well as a not-for-profit company located in the World Trade Center. Surviving both WTC terrorist attacks, she is now pursuing her new found passionÂwriting. She has received a number of first place awards and honorable mentions in online literary competitions.