New line of fashionable and ultra-thin stun guns from Safety Technology feature 3.5 million volts, a built-in flashlight, and a convenient safety switch. They’re perfect for women who want to remain stylish and secure. 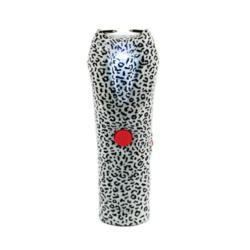 The new fashion-forward stun guns are rechargeable, and designed to go unnoticed – until needed.

Contrary to popular belief, stun guns don’t rely on pain in order to render attackers into a quivering mass who is about to be scooped up by the authorities.

The new fashion-forward stun guns are rechargeable, and designed to go unnoticed – until needed. That’s when would-be victims press the activating switch and unleash 3.5 million volts on attackers, and immediately render them incapacitated and unable to carry out their assault.

Other key features of Safety Technology’s new stylish and discreet stun guns include:

“Contrary to popular belief, stun guns don’t rely on pain in order to render attackers into a quivering mass who is about to be scooped up by the authorities,” commented Safety Technology’s CEO and founder Michael Gravette. “Rather, a stun gun uses high voltage and low amperage to send an attacker’s muscles into overdrive. And because it happens so fast, the attacker can’t produce enough energy to keep up with demand – and down he goes. At the same time, the voltage blast interferes with the attacker’s neurological and muscular system, so that he loses balance and topples over. And while all of this is happening, victims face no risk of being shocked, because the current won’t pass back into their body – even if their attacker is touching them.”

Those interested in purchasing a fashionable stun gun for themselves, or for someone they care about, can order online at: http://www.mydefenseshop.com/stun-guns.html

Those interested in selling fashionable stun guns and provide their customers with a powerful and in-demand self-defense product can learn more at: http://www.safetytechnology.comstunmaster_rechargeable_stungun_flashlight.html

Please note that stun guns are not legal in all states. Buyers and resellers should check their state’s stun gun laws and restrictions for details.

For more information or media inquires, contact (800) 477-1739 or email office(at)safetytechnology(dot)com.

Safety Technology is the largest drop ship wholesaler of self defense products, hidden cameras, and surveillance systems in the country. The company, now in its 26th year, has a roster of over 4000 distributors, and sells in excess of $4 million worth if products a year. It also has an A+ rating from the Better Business Bureau. Learn more at http://www.safetytechnology.com.