Internet marketing up-and-comers who waited until the last minute to secure a spot at Matt Bacak and Mark Joyner’s upcoming Survival Tactics for Tough Times seminar are out of luck. All slots in the waiting-list-only ticketing queue are now filled, making the event completely sold out. 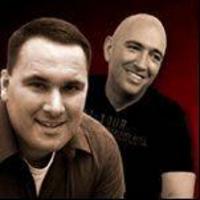 The recession may be leaving stadium seats across the country empty, but ticket sales to one event aren’t suffering, despite the grim economy. In fact, Matt Bacak and Mark Joyner’s Survival Tactics for Tough Times seminar has entirely sold out. Slated for December 4, 5 and 6 in Atlanta, Ga., the star-studded Internet marketing extravaganza had been taking waiting-list-only reservations, but even those slots have now been filled.

The year 2009 didn’t bode well for sports teams across the country. More recession-cautious fans chose to catch the game at home, thereby leaving stadium seats empty. In February of 2009, the Associated Press reported, “The Detroit Pistons failed to sell out a game this month for the first time in more than five years,” and basketball wasn’t the only sport affected by the sluggish economy. On April 29, 2009, the “New York Daily News” reported, “Faced with empty premium seats, the Yankees slashed top ticket prices up to 50% Tuesday in a desperate attempt to fill the front rows of their new $1.5 billion stadium.” The common reason fans give for foregoing live attendance at their favorite sports arenas? “It’s just way too expensive.”

Perhaps the Yankees and Pistons could take a cue from Internet marketing legends Matt Bacak and Mark Joyner. Not only did they sell out of two blocks of hotel rooms to their upcoming Survival Tactics for Tough Times seminar, but now there’s not even room on the waiting list. What makes this event, which is being heralded as the “2009 Event of the Year,” such a hot ticket in spite of the recession?

First, it is the first time in seven years that the seminar is being held. Second, it has prompted Mark Joyner, the godfather of Internet marketing, to emerge from retirement. As co-host, he’ll be revealing million dollar business models. Finally, many of the original speakers from that inaugural event will be returning to the stage, which is prompting past attendees to return for a second time. In addition to hosts Bacak and Joyner, a who’s who of Internet marketing’s greatest will be filling the speaking bill. They include:

Bill Glazer – Dan Kennedy’s partner whom Matt Bacak personally pays to mentor him
Joe Sugarman – who regularly made $300,000 per month in sales
Ted Nichols – who over his four-decade Internet marketing career has rake in $6.9 billion in sales
Robert Allen – author of the colossal investment bestseller “Nothing Down”
Shawn Casey – a former CEO of a two-time Inc. 500 company who left a lucrative law practice to make a fortune on the Internet

To learn more about what is making tickets to Survival Tactics for Tough Times so hard to come by, contact Tamara Smith at (770) 623-3008. For more information on the seminar’s star-studded guest list, visit http://www.survivaltacticsseminar.com/.