Charges of aggravated assault against a Harrisburg man were dropped when DNA evidence showed no link between the accused and a key piece of evidence. Attorney Shawn Dorward of The McShane Firm, the attorney of record, comments on this case. 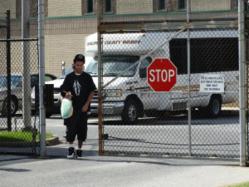 Tahir Gardner, 19, of Harrisburg spent 9 months in prison for aggravated assault on a police officer, a crime he did not commit. According to the Patriot News, police accused Gardner of backing into a patrol cat after he was pulled over. An officer was dragged by the car in the incident. The vehicle was later found abandoned. Gardner was arrested later and identified by police as the driver of the vehicle.

According to court documents, the case (no. CP-22-CR-1856-2012, The Court of Common Pleas Dauphin County, Pennsylvania) was dismissed at the request of the prosecution last month.

Attorney Shawn Dorward of The McShane Firm, the attorney of record, points to DNA evidence as the turning point in this case. "This is a classic case of misidentification. The police officer who identified Gardner said he had a clear look at the face of the driver of the vehicle. However, DNA testing done on a knit cap that was taken from that driver showed that the driver could not have been Gardner."

DNA samples taken from the knit cap that was pulled off the driver of the vehicle as well as those of Mr. Gardner were tested at the Pennsylvania State Police crime lab in Greensburg, PA. According to their report, "Tahir Gardner (Item K1) does not match the DNA profile obtained from the hairs from the knit hat (Item Q2)."

According to court documents, Gardner would have been facing multiple felony counts including aggravated assault on a police officer, drug and firearm violations.

"He would have been serving many years in jail if it was not for modern DNA technology. If this had happened 50 or 60 years ago, he would have been out of luck. This highlights the importance using DNA testing in criminal cases."