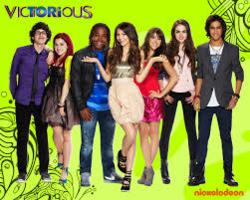 "For Krisha to be working with our students is a huge acknowledgment. We appreciate her time and energy as she helps give our students an edge in the entertainment industry" ~ Doug Sloan, Owner, Talent INC Canada

Krisha Bullock specializes in youth programming and entertainment, from commercials to television to feature films. She has been nominated for ten Artios awards by the Casting Society of America and was the recipient of the 2008 Seymour Heller Award for Television Casting Director of the Year awarded by the Talent Manager’s Association. She has cast Nickelodeon's Emmy nominated hit shows, “Victorious” and “iCarly”. Some of her other credits include the shows, “Drake and Josh”, “Zoey 101”, “All That”, “The Amanda Show”, “Kenan and Kel”, the feature film “Alice Upside Down", the TV movie “Merry Christmas, Drake & Josh," as well as the television pilots for, “Gibby”, “Sam & Cat”, “Victorious”, “True Jackson V.P.” and “C3.” Outside of Casting, Krisha has been a mentor and teacher to thousands of hopeful young people, helping them break into the industry by teaching them the do's and don'ts of auditioning and navigating them toward a professional career. She has guided many up and coming actors such as the Oscar nominated Hailee Steinfeld, who still utilizes her advice today. Originally from Toronto, Krisha is now bicoastal, casting “Sam & Cat” in Los Angeles and “Degrassi” in Toronto with the incredibly talented office of Larissa Mair Casting.

Doug Sloan, the owner of Talent INC Canada, said that for "Krisha to be working with our students is a huge acknowledgment. We appreciate her time and energy as she helps give our students an edge in the entertainment industry. This is just the sort of opportunity we love to create."