The third annual Technology 200 list has been released from Lead411. This list, issued by the information services company, identifies the fastest growing privately held tech companies in the US. 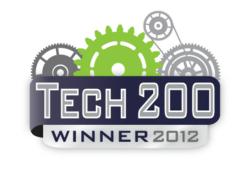 Information services company Lead411 has released its Tech 200 list of the fastest growing tech companies in the US. With applicants from across the nation, the list was narrowed down to the top 200 across multiple industries.

About the Tech 200
In its third year, the Tech 200 list ranks tech companies with the highest percent of revenue growth from 2009 to 2011. Lead411 calculates revenue growth by percentages vs. dollar growth. The full list can be found here.

Applicants were required to be privately held, U.S. based companies with at least $1 million in revenue in 2011. Finalists came from diverse industries including Software, Hardware, Media, Advertising, Wireless, Telecom, IT Services, and Consulting.

“Judging from this year’s list--which had several of last year’s winners, I’d say the economy is definitely improving,” said Tom Blue, founder of Lead411, “Seeing the tremendous growth these companies have experienced tells me the market conditions are getting better.”

As part of their application, participants were given a survey about their marketing spend, funding, economic outlook and startup details. Survey results revealed this year that the average start date for the companies on the list was 2000, showing that many of the companies are truly newer startups.

The companies were asked whether they thought the US economy would get better in the next 12 months. Those that answered yes showed an increase in sales by 64% more than those that thought it would get worse.

About Lead411
Information services provider Lead411 was founded in 2001 and has grown 40% yearly since inception without accepting venture capital financing. It is based in California, but has satellite offices in New York. In addition to their current subscriptions, it also offers corporate information, company news and awards for up-and-coming businesses. For more information visit Lead411.