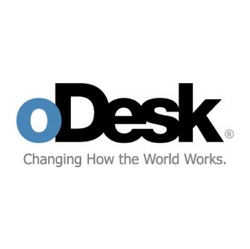 is on track to explode.

oDesk, the leading marketplace for online workteams, reports on the state of the freelance economy. According to TechCrunch, tech layoffs have surged to over 300,000. Yet, despite these layoffs work still needs to be done. To thrive in bad times, smart companies are increasingly outsourcing tech jobs to freelance web developers and software programmers. During the economic crisis of 2008, outsourcing on oDesk nearly tripled.

With data drawn from over 200,000 technology buyers and providers, oDesk reports three key developments within the freelance economy.

"The bad news is the same everywhere - unemployment is high and companies are tightening their belts," explained Gary Swart, CEO of oDesk. "The good news for providers is that there are an increasing number of freelance jobs available. If you have the right skills and reputation, you can continue to raise your rate even in this recession. The good news for buyers is that there are more qualified freelancers to choose from today than ever before."

About oDesk
oDesk (http://www.oDesk.com) is the leading marketplace for online workteams with the best model for both buyers and providers:

For buyers: guaranteed work - every hour billed is an hour worked. Screen captures of each provider's desktop taken at random intervals enable buyers to audit the hours and work completed so they have confidence every hour billed by a remote team member is an hour worked. This capability also enables the buyer to collaborate more closely and re-direct the provider if necessary, much like you do when you manage by walking around.