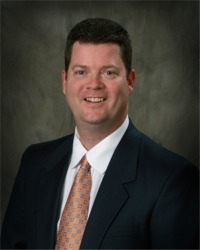 This rule would keep trucking companies in check and force them to put safety first, and it would protect motorists in Tennessee and throughout the country.

An East Tennessee personal injury lawyer who represents truck accident victims said this week that he fully endorses a proposed federal rule that would require more commercial trucks to use electronic on-board recorders.

“What it will cost trucking companies to equip their fleets with EOBRs will be, by far, outweighed by the safety benefits of this requirement,” said the attorney, Brack Terry, a partner in the Morristown, Tennessee, personal injury law firm of Terry, Terry & Stapleton and a member of the American Board of Trial Advocates.

“These recorders ensure compliance with hours-of-service regulations, and those regulations are aimed at protecting motorists by keeping tired truckers off the road,” Terry said. “When you consider that truck driver fatigue is a factor in so many truck accidents, this rule makes sense.”

In recent years, an increasing number of commercial motor vehicles (CMVS) have been voluntarily equipped with electronic on-board recorders (EOBRs), which record the amount of time a truck is driven.

Because they are less capable of being tampered than paper logs, safety advocates have pushed for making EOBRs mandatory in all tractor-trailers engaged in interstate commerce as a way of ensuring that drivers comply with federal hours-of-service (HOS) regulations.

Last April, the Federal Motor Carrier Safety Administration (FMCSA) issued a final rule that would require EOBRs for motor carriers found during a compliance review to have a 10 percent violation rate for any HOS regulation. The rule takes effect in June 2012.

Additionally, the proposed rule would require all motor carriers – those required to keep records of duty status and timecard users – to “systematically monitor their drivers’ compliance with HOS requirements.” The new rule would take effect three years after becoming final.

“Basically, the FMCSA is taking fatigued truck driving seriously, and that’s important, because countless truck accidents, injuries and deaths are caused each year by truck drivers who were driving when they should have been resting,” Terry said.

“This rule would keep trucking companies in check and force them to put safety first,” he said, “and it would protect motorists in Tennessee and throughout the country.”

According to the National Transportation Safety Board, fatigue is one of the leading factors in large truck accidents.

Since 2003, there have been more than 60,000 accidents in Tennessee involving large trucks and tractor trailers.