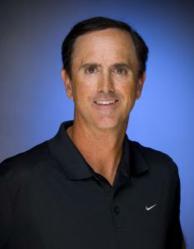 Jones, who is the director of Nike Tennis Camps at Furman University, competed on the Pepperdine men's tennis team from 1983-86, where he was honored as a three-time ITA All-American in doubles and an ITA All-American in singles. He claimed two NCAA Doubles Championships in 1984 and 1985 and helped guide the Waves to an NCAA finals appearance in 1986. Jones went on to have an outstanding professional career, reaching the mixed doubles final of Wimbledon in 1988 and the men's doubles final of both the Australian and US Open in 1992. He reached the No. 1 spot in the ATP Doubles Rankings.

The 2013 honorees will be inducted at the 2013 ITA Men's Collegiate Hall of Fame Enshrinement Banquet, which will be held on May 22 during the NCAA Division I Men's and Women's Tennis Championships at the University of Illinois in Champaign, Ill.

Jones is directing four weeks of Nike Tennis Camp at Furman University for boys & girls, ages 9-18 and of all ability levels.

US Sports Camps (USSC), headquartered in San Rafael, California, is America’s largest sports camp network and the licensed operator of NIKE Sports Camps. Founded in 1975, Nike Tennis Camps is a division of US Sports Camps. What began 37 years ago as one tennis camp is now a national network with more than 500 camps across the country in a wide variety of sports. Players, coaches, parents and others interested in Nike Tennis Camps and US Sports Camps can visit the company’s website at USSportsCamps.com/tennis or phone 800-645-3226.