Fans and Corporations Can Visit TerrellOwens.com or Call 1.855.OWENS.81 to Book Terrell Owens 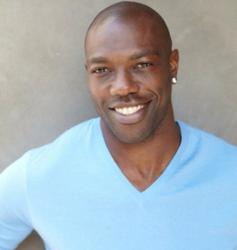 A perennial all-star in the NFL for 15 years, Hall of Famer Terrell Owens continues to grow his brand off the field with his recent appearances on NBC’s Hit Show Go On, DirectTV’s Celebrity Beach Bowl and Chris Paul’s PBA League All Stars. Terrell is no stranger to the big screen as he made his Hollywood debut in the 1999 film, Any Given Sunday. Owens played a wide receiver wearing #82 for the fictional Miami Sharks. While Terrell is no longer catching passes on the field, he is still catching a lot of attention from companies looking to book him for guest appearances, speaking engagements, autograph sessions, endorsement deals as well as fundraising events. To ensure all these requests are filled, Terrell Owens has recently partnered with top athlete booking agency, AthletePromotions to exclusively book him for all his corporate appearances, autograph signings and speaking engagements.

For fans, companies and universities looking to find more information about booking Terrell Owens, they can conveniently visit his official website, built by GlobalMediaDesign. While on his website, visitors will get an inside look at his recent work off the field along with a stroll down memory lane through his miraculous career. A six time Pro Bowler, Owens put up huge numbers during his career, which include 1,078 receptions, 15, 934 yards, along with 153 touchdowns, ranking him 3rd behind Randy Moss and Jerry Rice. Owens is also the only player in NFL history to score a receiving touchdown against all 32 teams and the only one to post 15 consecutive seasons with at least four touchdowns. Most notably playing for the 49ers, Cowboys and Eagles, he also had briefs stints with the Bills, Bengals and Seahawks.

Terrell’s Hall of Fame career has paved the way for him to now flourish in Hollywood and in the business world. His recent partnership with the team at AthletePromotions will now make booking him a simple process for corporations.

The next time your group wants a speaker or talent for a store grand opening, private appearance, a golf outing, keynote speech or trade show booth, visit TerrellOwens.com or call 855.OWENS81 to ensure a memorable experience for your clients, employees and customers.